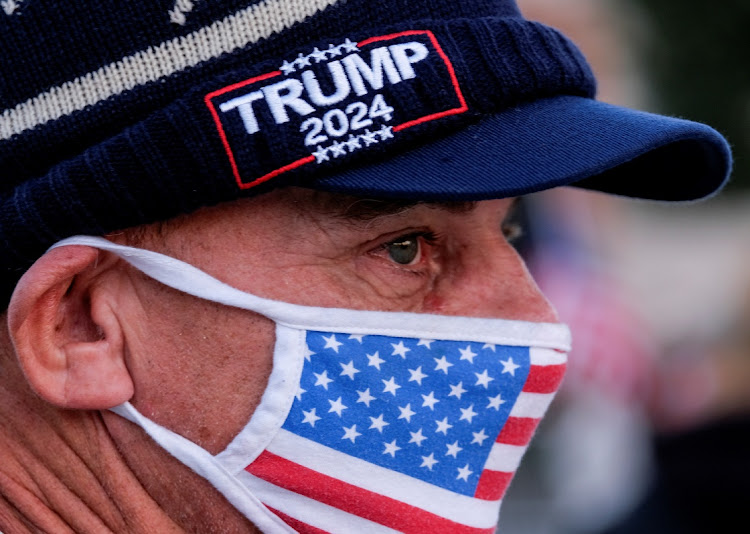 Democratic-led efforts to impeach US president Donald Trump for a historic second time gained momentum over the weekend, although it looked far from certain whether enough Republicans would back the move with just days left in his term.

Democratic members of the House of Representatives will introduce articles of impeachment today after Trump encouraged his supporters to storm the US Capitol on Wednesday, representative Ted Lieu said on Twitter.

The California Democrat, who helped draft the charges, said the articles had drawn 190 co-sponsors by Saturday night. As of Saturday afternoon, no Republicans had signed on, Lieu’s spokesperson said.

Trump initially praised his supporters at the Capitol but later condemned their violence in a video. The decision to call for calm came at the urging of senior aides, some arguing he could face removal from office or legal liability, sources told Reuters.

Impeachment by the Democratic-led House, equivalent to an indictment, would trigger an unprecedented second trial in the Republican-controlled Senate, which cleared him during his first trial over allegations that he threatened US national security.

Two previous presidents were impeached but were also acquitted in the Senate. Richard Nixon resigned in 1974 over the Watergate scandal when it became clear he would be removed.

House Speaker Nancy Pelosi has also asked members to draft legislation aimed at invoking the constitution’s 25th amendment, which allows for stripping the powers from a president unable to fulfill the duties of the office.

The intensifying effort to oust Trump has drawn scattered support from Republicans, whose party has been divided by the president’s actions. Democrats have pressed vice president Mike Pence to invoke the 25th amendment, but he has opposed the idea, an adviser said.

CNN reported late on Saturday that the vice president had not ruled out invoking the 25th amendment, citing a source close to him, but that some in Pence’s team worried any effort to remove Trump could provoke the president to more rash behaviour that might put the country at risk.

A Pence spokesperson did not immediately respond to a request for comment late on Saturday.

A small but growing number of Republican lawmakers have joined calls for Trump to step down and several high-ranking administration officials have resigned in protest.

Senator Lisa Murkowski of Alaska said on Friday that Trump should resign immediately and suggested she would consider leaving the party if Republicans cannot part from him.

Senator Pat Toomey of Pennsylvania told Fox News on Saturday that Trump had “committed impeachable offences” but declined to commit to voting to remove him.

Senator Ben Sasse of Nebraska, a frequent Trump critic, told CBS News he would “definitely consider” impeachment because the president “disregarded his oath of office”.

But other key Trump allies, including senator Lindsey Graham and House Republican leader Kevin McCarthy, have urged Democrats to shelve any impeachment effort in the name of unity. “Impeaching President Donald Trump with 12 days remaining in his presidency would only serve to further divide the country,” said White House spokesperson Judd Deere.

Mitch McConnell, the Republican Senate majority leader, has suggested any trial would likely occur after Trump’s term ends, when Democrats will take control of the Senate thanks to victories in two Georgia runoff elections last week.

If found guilty after leaving office, Trump would still lose benefits enjoyed by ex-presidents, such as security and pension, and he would be barred from running for a second term.

But a Senate conviction requires a two-third majority, which would take at least 17 Republican votes.

Federal agents arrested two more Capitol Hill rioters whose images had gone viral, of one carrying off the House speaker's lectern and another who ...
News
1 year ago

Twitter Inc on Friday deleted new tweets posted by Donald Trump on official government account @POTUS and suspended the account of his presidential ...
News
1 year ago

The United States' stark racial inequality was on display after a mob of predominantly white supporters of President Donald Trump stormed the U.S. ...
News
1 year ago
Next Article