Long Covid: who is at risk? 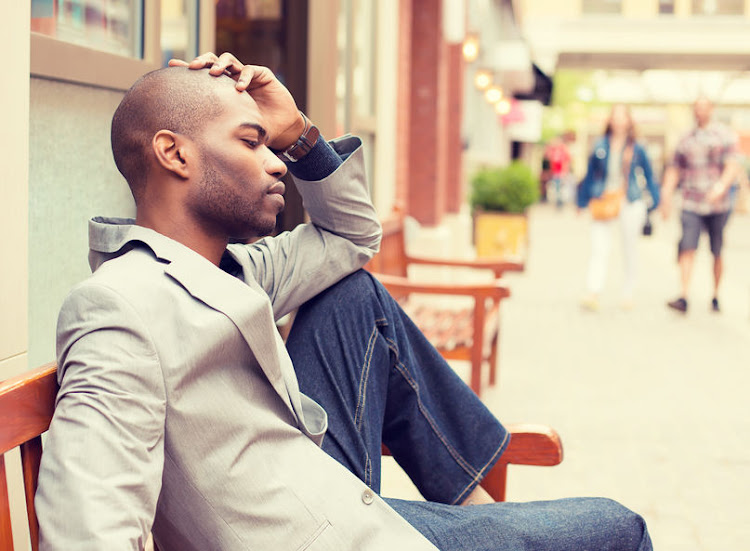 Long Covid is characterised by a constellation of symptoms, including – variably – shortness of breath, marked fatigue, headache, and loss of ability to taste and smell normally. Stock photo.
Image: 123RF/Ion Chiosea

For most people, infection with SARS-CoV-2 — the virus that causes Covid-19 — leads to mild, short-term symptoms, acute respiratory illness, or possibly no symptoms at all.

But some people have long-lasting symptoms after their infection — this has been dubbed “long Covid”.

Scientists are still researching long Covid. It’s not well understood, though our knowledge about it is growing. Here I take a look at what we’ve learnt about it so far — who is at risk, how common it is and what its effects are.

In defining who is at risk from long Covid and the mechanisms involved, we may reveal suitable treatments to be tried — or whether steps taken early in the course of the illness might ameliorate it.

Long Covid is characterised by a constellation of symptoms, including — variably — shortness of breath, marked fatigue, headache, and loss of ability to taste and smell normally. A relatively large study of 384 individuals ill enough to be admitted to hospital with Covid-19 showed that 53% remained breathless at a follow-up assessment one to two months later, with 34% having a cough and 69% reporting fatigue.

Indeed, early analysis of self-reported data submitted through the Covid Symptom Study app suggests that 13% of people who experience Covid-19 symptoms have them for more than 28 days, while 4% have symptoms after more than 56 days.

Perhaps unsurprisingly, people with more severe disease initially — characterised by more than five symptoms — seem to be at increased risk of long Covid. Older age and being female also appear to be risk factors for having prolonged symptoms, as is having a higher body mass index.

Those using the app tend to be at the fitter end of the population, with an interest in health matters. So it is surprising that such a high proportion have symptoms one to two months after the initial infection. Generally, these aren’t people who are highly vulnerable to Covid-19.

Another piece of early research (awaiting peer review) suggests that SARS-CoV-2 could also have a long-term impact on people’s organs. But the profile of those affected in this study is different to those reporting symptoms via the app.

This research, which looked at a sample of 200 patients who had recovered from Covid-19, found mild organ impairment in 32% of people’s hearts, 33% of people’s lungs and 12% of people’s kidneys. Multiple organ damage was found in 25% of patients.

Patients in this study had a mean age of 44 years, so were very much part of the young, working-age population. Only 18% had been hospitalised with Covid-19, meaning organ damage may occur even after a non-severe infection. Having a disease known to lead to more severe Covid-19, such as type 2 diabetes and ischaemic heart disease, wasn’t a prerequisite for organ damage either.

Finding out what’s going on

There are many reasons why people may have symptoms months after a viral illness during a pandemic. But getting to the bottom of what’s going on inside people will be easier for some parts of the body than others.

Rapid testing for Covid-19 has begun on the N1 near the Grasmere toll plaza. as motorists return to Gauteng after the December holidays.
News
1 year ago

Where symptoms point to a specific organ, investigating is relatively straightforward. Clinicians can examine the electrical flow around the heart if someone is suffering palpitations. Or they can study lung function — tissue elasticity and gas exchange — where shortness of breath is the predominant symptom. To determine whether kidney function has deteriorated, components in a patient’s blood plasma are compared to those in their urine to measure how well the kidneys are filtering waste products.

Rather harder to explore is the symptom of fatigue. Another recent large-scale study has shown that this symptom is common after Covid-19 — occurring in more than half of cases — and appears unrelated to the severity of the early illness.

What’s more, tests showed that the people examined didn’t have elevated levels of inflammation, suggesting that their fatigue wasn’t caused by continued infection or their immune system working overtime. Risk factors for long-lasting symptoms in this study included being female — in keeping with the Covid Symptom App study — and, interestingly, having a previous diagnosis of anxiety and depression.

While men are at increased risk of severe infection, that women seem to be more affected by long Covid may reflect their different or changing hormone status. The ACE2 receptor that SARS-CoV-2 uses to infect the body is present not only on the surface of respiratory cells, but also on the cells of many organs that produce hormones, including the thyroid, adrenal gland and ovaries.

Some symptoms of long Covid overlap with menopausal symptoms, and hormone replacement using medication may be one route to reducing the impact of symptoms. However, clinical trials will be essential to accurately determining whether this approach is both safe and effective. Applications to launch such research have been made.

With so much having happened over the last year, we will need to tease apart which impacts stem from the virus itself versus which might be the consequence of the massive social disruption wrought by this pandemic. What is clear, however, is that long-term symptoms after Covid-19 are common, and that research into the causes and treatments of long Covid will likely be needed long after the outbreak itself has subsided.

This article was originally published in The Conversation.