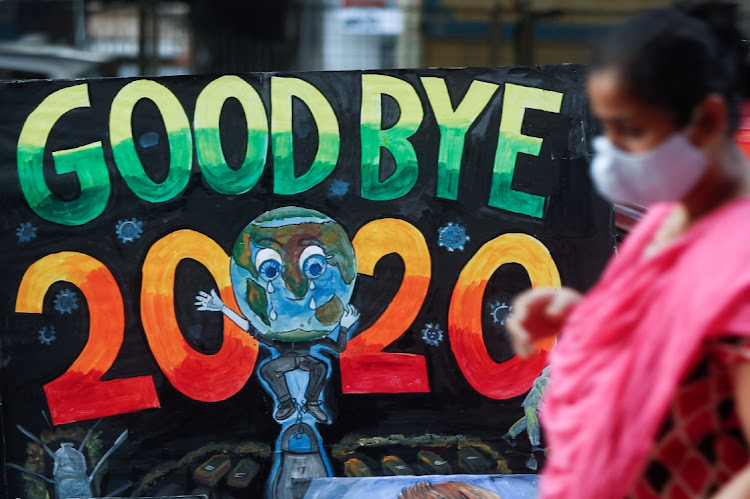 As Asia says goodbye to 2020 - a tumultuous year that saw the planet roiled by a deadly pandemic - celebrations will be smaller, shorter and more muted amid fears of coronavirus flare-ups.

In Beijing, the capital of the world's most-populous country, an annual New Year light show at the China Central Television Tower scheduled for Thursday through Sunday has been called off.

The Beijing Yonghe Lama Temple, a tourist site, has also cut the number of visitors allowed by half since Thursday. Many Chinese tourists are staying home or taking shorter domestic trips.

The coronavirus emerged a year ago in the central Chinese city of Wuhan and has since spread globally, infecting more than 82 million people and killing more than 1.7 million.

In Wuhan, where the pandemic is thought to have originated, thousands are expected to gather at several popular landmarks across the city centre for the countdown to 2021. Some said they were being cautious, but weren't particularly worried.

"It's fine because these measures aren't enforced very strictly," added her friend and colleague Wang Anyu. "You can still go out."

Australia, whose fireworks over the Sydney Opera House are a visual staple of the season, has in many places restricted movement, gatherings and even internal borders. Most people are banned from coming to Sydney’s downtown on Thursday night.

"What a hell of a year it's been,” said Gladys Berejiklian, the premier of New South Wales state, where Sydney is located. “Hopefully 2021 will be easier on all of us."

Weather and COVID-19 are putting a damper on celebrations in Japan, which is calling off events and reducing public services.

Japan's Imperial Household Agency has cancelled an annual New Year's event set for Jan. 2, at which Emperor Naruhito and other imperial family members were to greet well-wishers, because of the pandemic.

A man has been fined a whopping R53,000 for breaking strict Covid-19 regulations in Taiwan – for just eight seconds.
News
1 year ago

Shrines have asked people to stagger visits on New Year's Eve and New Year's Day. East Japan Railway Company and Tokyo Metro are cancelling extra train services in the Tokyo metropolitan areas from late on Dec. 31 to Jan. 1. Snow, meanwhile, has blanketed parts of the country, leading to about 140 cancelled flights and other disruptions.

In Singapore's downtown Marina Bay, there will be no fireworks to ring in the New Year for the first time since the annual tradition began in 2005. Instead, fireworks will be set off at different locations across the Southeast Asian citystate.

The globally famous band BTS is holding an online concert on Thursday night in South Korea, while observers elsewhere in the country are watching to see whether their neighbours to the north hold their annual New Year fireworks display in Pyongyang.

Elsewhere in South Korea, the government has shut down the beaches in Gangueng, on the country's east coast, where people traditionally go to watch the first sunrise of the New Year. Seoul's Bosingak bell-ringing ceremony was cancelled for the first time since 1953, but can be viewed "virtually" on the city's website.

Many cities on the self-ruled island of Taiwan are cancelling public attendance at events like fireworks displays, and have asked people to watch online or on television.

But the Taipei city government is allowing in-person attendance to its New Year's events, as well as broadcasting them live - including fireworks set off from the outside of Taipei 101, once the world's tallest building.

Japan on Saturday said it would temporarily ban non-resident foreign nationals from entering the country as it tightens its borders after the ...
News
1 year ago

It has capped attendance at the main viewing spot at 40,000, half of the 80,000 it had originally planned, with attendees required to register their personal details and wear masks.

New Year celebrations in India will most likely be muted as several states and major cities have imposed night curfews, restricted large gatherings and shut down pubs and restaurants.

New Delhi said it would not allow more than five people to assemble at public places, while financial capital Mumbai and tech capital Bengaluru limited gatherings to four.

However, there were no restrictions in Goa, a small state along India's western coast known for its grand beach parties during Christmas and New Year.

Media have reported people arriving in Goa in droves during the past week. (Reporting by Asia bureaus: Writing by Gerry Doyle: Editing by Neil Fullick)