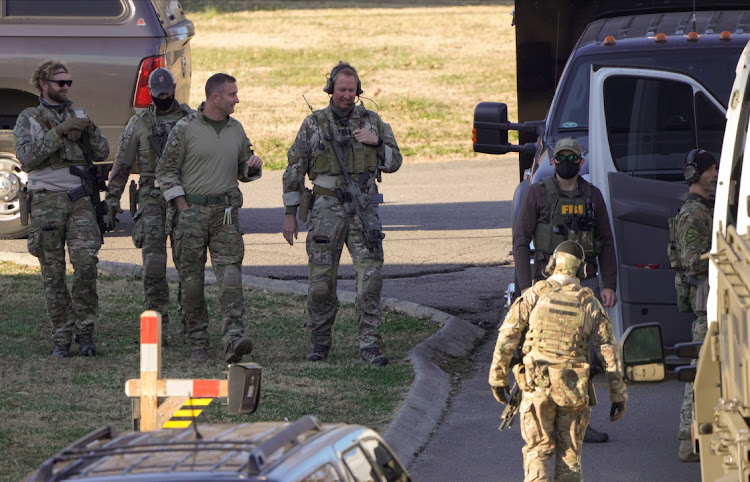 Federal agents investigating the explosion of a motor home in Nashville were searching a two-story suburban house on Saturday for clues to the blast, which injured three people in the heart of America's country music capital on Christmas Day.

The motor home, parked on a downtown street of Tennessee's largest city, exploded at dawn on Friday moments after police responding to reports of gunfire noticed it and heard an automated message emanating from the vehicle warning of a bomb.

The thunderous, fiery blast destroyed several vehicles, damaged more than 40 businesses and left a trail of shards from shattered windows.

After up on what they said were more than 500 leads, local police and agents from the FBI and US. Bureau of Alcohol, Tobacco, Firearms and Explosives (ATF) were searching a two-story, red-brick house on Bakertown Road in Antioch, Tennessee, 11 miles (18km) southeast of Nashville, paying particular attention to its basement, according to a Reuters witness.

Officials on Saturday declined to name a person of interest in connection with the explosion, but CBS News reported that the investigation has honed in on 63-year-old Anthony Quinn Warner, who recently lived at the Bakertown address, public records showed. According to a document posted online, on November 25 he signed over the property to a woman in Los Angeles at no cost to her. The document was signed by Warner, but not by the woman. 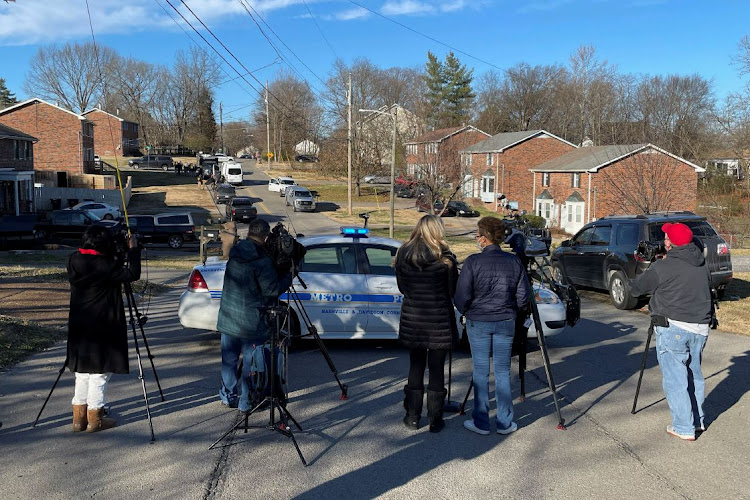 Google Street View images of the house from 2019 show what appears to be a white motor home in the driveway. Neighbours told local TV station WKRN that the recreational vehicle had been parked there for years and is now gone.

“Once we have processed the scene, we will look at the evidence and anything that we have recovered from this residence and see how that fits into this investigation,” FBI spokesperson Darrell Debusk, who was at the house on Saturday, told Reuters in a telephone interview.

“At this point we're not prepared to identify any single individual,” FBI Special Agent in Charge Doug Korneski said at a news conference on Saturday.

Korneski told reporters that investigators were “vigorously working on” identifying what appeared to be human remains found in the wreckage. He declined to say whether investigators believe the remains belong to the person behind what officials say was “an intentional act.” 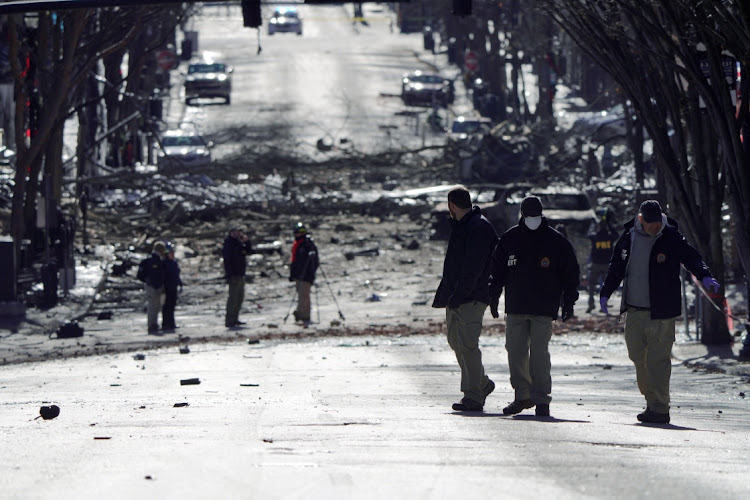 Investigators work near the site of an explosion on 2nd Avenue that occurred the day before in Nashville, Tennessee, US December 26, 2020.
Image: REUTERS/Harrison McClary

The vehicle was parked outside an AT&T Inc office, and the blast caused widespread telephone, internet and TV service outages in central Tennessee and parts of several neighbouring states, including Mississippi, Kentucky, Alabama and Georgia.

A RECORDING, THEN A BLAST

Adding to the cryptic nature of Friday's incident was the eerie preamble described by police and witnesses — a crackle of gunfire followed by an apparently computer-generated female voice from the RV reciting a minute-by-minute countdown to an impending bombing.

Police scrambled to evacuate nearby homes and buildings and called for a bomb squad, which was en route to the scene when the RV blew up.

Police later posted a photo of the motor home, which they said had arrived in the area about five hours before the explosion.

Two ex-ministers snub judge after being charged over Beirut blast

Two former Lebanese ministers charged with negligence over a huge explosion at Beirut port in August that killed 200 people indicated on Wednesday ...
News
1 year ago

Dozens of agents from the FBI and the ATF were surveying the scene on Saturday. Parked cars and trees were blackened and an exploded water pipe that had been spraying overnight had covered trees in a layer of ice.

“All the windows came in from the living room into the bedroom. The front door became unhinged,” Buck McCoy, who lives on the block where the blast occurred, told WKRN. “I had blood coming from my face and on my side and on my legs and a little bit on my feet.”

Among those hit by communications problems as a result of damage to the AT&T building from the blast were police departments, emergency services and Nashville International Airport, which temporarily halted flights Friday afternoon.

AT&T said on Saturday that a fire reignited at the building overnight, forcing it to be evacuated, but workers were able to drill access holes into the building to connect generators to critical equipment that it hoped to have back online in hours.

Tennessee Governor Bill Lee visited the scene on Saturday and said in a Twitter post it was a “miracle” that no-one was killed. In a letter to President Donald Trump, Lee requested a federal emergency declaration to aid relief efforts.