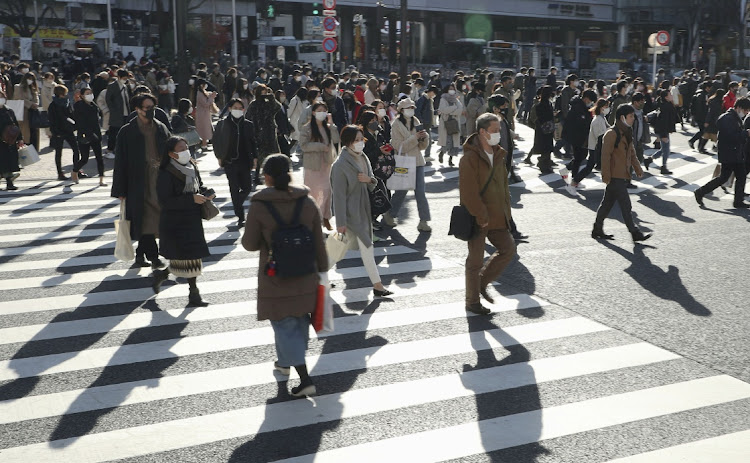 Tokyo reported a record rise in coronavirus cases on Saturday, as Japan experiences a surge that now includes a new, fast-spreading strain while the government urges people to stay home.

Infections of the virus that causes Covid-19 hit a record 949 in the capital just as Japan heads into New Year holidays that normally see people stream from the capital into the provinces.

Serious cases were unchanged from a day earlier at 81.

Japan on Friday reported its first cases of a fast-spreading variant in passengers arriving from Britain. The new variant has also been detected in a man who visited that country and a family member — the first cases of infected people found outside airport cheques — Nippon TV reported on Saturday.

With New Year celebrations centred on family gatherings and mass visits to temples and shrines, experts have warned moderation will be essential to prevent infection rates from rising further amid concerns of pandemic fatigue.

Suga's initial political honeymoon after taking his post in September has ended, with his popularity sliding after criticism he was slow to react to rising infections in Tokyo and for attending a group steak dinner in defiance of his own calls for restraint.

The spread of the virus in Tokyo contrasts with another hotspot, the northern island of Hokkaido, where case numbers have fallen from a November peak.

Tokyo 2020 organisers said on Thursday that all 68 domestic sponsors for the Summer Olympics have agreed in principle to extend their contracts for ...
Sport
1 year ago

Organisers of the Tokyo Olympics will spend $900m on measures to stop the spread of the coronavirus at next year's Games, they said on Tuesday, as ...
Sport
1 year ago
Next Article