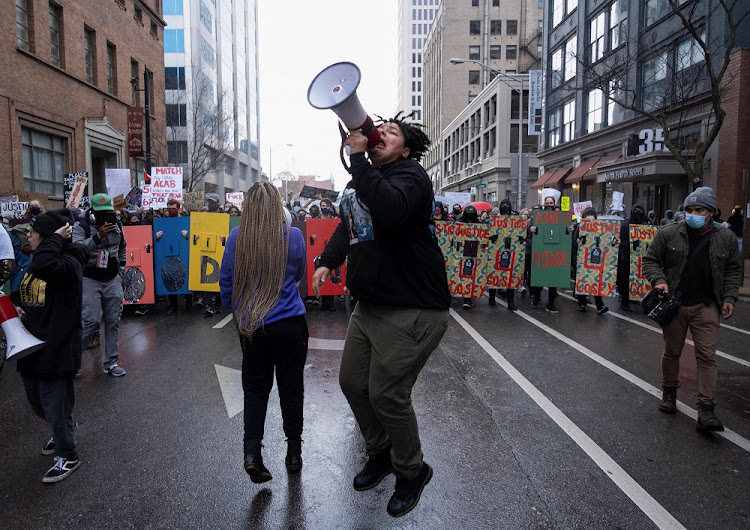 People protest against the death of Casey Goodson Jr., a 23-year-old Black man who was killed by police last week as he entered his home, in Columbus, Ohio, US, December 12, 2020. File photo
Image: REUTERS/Seth Herald

A police officer was relieved of duty on Tuesday after his involvement in the killing of a Black man in Columbus, Ohio, according to Mayor Andrew Ginther, the second incident in which a Black man was killed by police in the city in the past month.

The latest shooting took place as investigations continue over the December 4 killing of a young Black man, Casey Christopher Goodson, triggering protests in downtown Ohio demanding transparency in the investigations.

The 47-year-old man in the latest incident, whose name was not revealed, died at Riverside Hospital on Tuesday morning, according to a statement by Columbus Department of Public Safety posted on Twitter.

The Black man was shot by a police officer, one of several who were attending to a non-emergency call, after a resident in Oberlin Drive complained about a man sitting in a car for an extended period and repeatedly turning it off and on, the Columbus police statement added. It didn't say how many officers were at the scene.

“The officer involved did not turn on their body-worn camera — which is unacceptable,” Ginther said in a tweet late on Tuesday. The police officer would have to turn in his badge and gun, pending the outcome of criminal and internal investigations.

“Our community is still raw and exhausted from the killings of George Floyd, Breonna Taylor and, most recently, Casey Goodson, Jr., right here in Columbus,” he said.