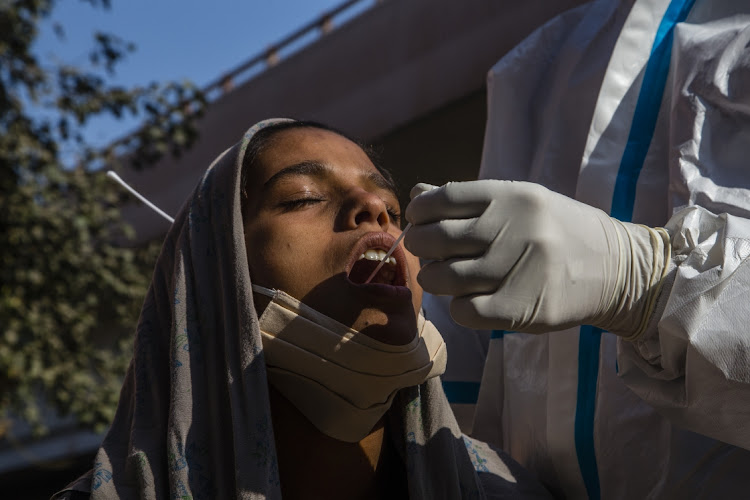 As the year draws to a close, the pandemic is still raging though promising vaccines have kindled hopes for a better 2021.
Image: Yawar Nazir/Getty Images

The maker of one of India's leading Covid-19 vaccine candidates said on Tuesday its recruitment of volunteers for a late-stage trial of the shot was on track, after reports of a shortage of participants.

Bharat Biotech has signed up 13,000 volunteers for the Phase 3 trial, backed by India's government medical research body, and is progressing towards its goal of 26,000, the company said. The trial began in mid-November at multiple sites across India.

Local news reports last week suggested that some of those trial sites were well short of reaching intended recruitment targets.

A study at the government-run AIIMS medical institute had only signed up some 200 participants, compared with a goal of 1,500-2,000, Reuters partner ANI reported last week, citing a doctor at the institute.

The shot, called COVAXIN, was evaluated in about 1,000 participants in early and mid-stage trials.

“We are overwhelmed with the steady rise in participation,” Bharat Biotech joint MD Suchitra Ella said in a statement on Tuesday.

With more than 10 million infections, India, the world's biggest vaccine producing country, is also the second worst-hit nation by Covid-19 behind the US, though the rate of growth in infections has been slowing.

Its drug regulators are in talks with US firms Pfizer and Moderna — whose Covid-19 vaccines have been approved in the US — while other vaccine candidates including AstraZeneca's shot are in trials.

Even as high profile figures like U.S. Vice President Mike Pence rolled up their sleeves for Covid-19 vaccinations, patients already ill with the ...
News
10 months ago

A COVID-19 vaccine being developed by British American Tobacco from tobacco leaves has been approved for human trials by the U.S. health regulator
News
10 months ago
Next Article