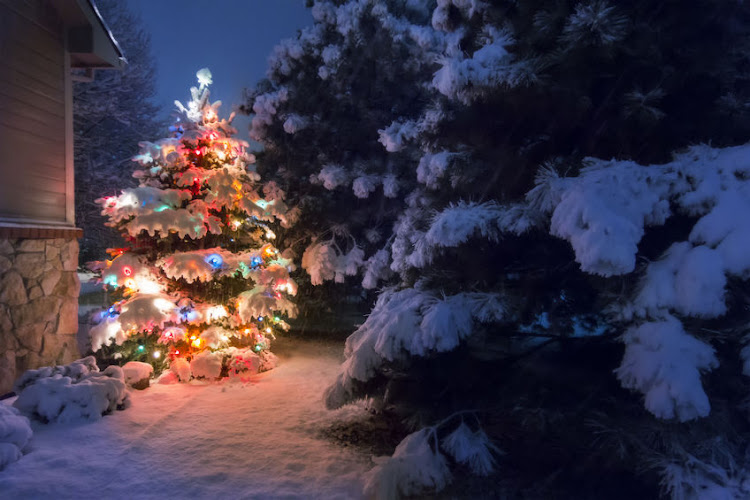 Millions will face an effective lockdown over the Christmas period in the UK as Covid-19 infections surge. Stock photo.
Image: 123RF/Ricardo Reitmeyer

Prime minister Boris Johnson has imposed an effective lockdown on almost 18 million people in England and reversed plans to ease curbs over Christmas, saying Britain was dealing with a new coronavirus strain that is up to 70% more transmissible than the original.

Though Johnson and his scientific advisers believe vaccines will still be effective, and the new strain is not more deadly or more serious in terms of the illness caused, the prime minister said on Saturday the government had to take urgent action.

The number of cases in England has soared in the last two weeks because of the virus variant.

Johnson tore up plans to allow three households to mix indoors for five days over the festive period, and said London and southeast England, which are in the highest level of a three-tier system of rules, would now be placed in a new Tier 4 level, similar to those of a recent national lockdown.

“It is with a very heavy heart I must tell you we cannot continue with Christmas as planned,” Johnson told a news conference. “I sincerely believe there is no alternative open to me.”

The department of health issued a lengthy list of questions and answers on Saturday after announcing that the virus that causes Covid-19 has evolved ...
News
3 months ago

People in Tier 4, about a third of the population of England, will be required to stay at home except for essential reasons such as work, and non-essential retail will close, as will indoor leisure and entertainment. Social mixing will be limited to meeting one other person in an outdoor space.

The new rules came into effect from Saturday night at midnight.

Johnson, whose initial response to the pandemic has been criticised for being too slow, had resisted calls to change plans for the Christmas relaxation, saying on Wednesday it would be “frankly inhuman” to ban it.

However, those now in Tier 4 will not be allowed to mix with others over Christmas. And everyone else in England will now be allowed to see friends and family only on Christmas Day itself, December 25.

“At this time of national crisis, the British people want clear, decisive leadership,” opposition Labour leader Keir Starmer said on Twitter. “All we get from Boris Johnson is confusion and indecision.”

Within minutes of Johnson’s announcement, shoppers hit the streets for a final attempt to stock up on Christmas presents and supplies.

At the giant Westfield shopping centre in West London, one of Europe’s largest, numbers were boosted by last-minute shoppers.

“It was fairly quiet all day, then suddenly there was this mass of people,” said one sales assistant at one large department store.

Christmas cancelled in Zimbabwe due to Covid-19 second wave

The Zimbabwean government effectively banned Christmas parties due to Covid-19, but defiant revellers say they will, even if it means hosting bush ...
News
3 months ago

The UK's other nations, whose response to the pandemic differs from that of England at times, also took action.

Scotland said on Saturday it would impose a ban on travel to the rest of the UK, and the Christmas easing would be limited to just December 25. All of Wales would go into Tier 4 from midnight, but two households can mix on Christmas Day.

“Christmas was already cancelled for many businesses, but even more will now suffer as a result of this last-minute decision,” said Adam Marshall, director-general of the British Chambers of Commerce.

Like other countries in Europe, Britain is battling to contain new waves of the virus. It reported 27,052 new Covid-19 cases on Saturday, taking the total over two million, and 534 more deaths taking the overall official toll to more than 67,000.

There has been a surge in infections sparked by the new virus strain — VUI202012/01.

There are 100,156 active cases of Covid-19 in SA, according to the latest update by the health ministry.
News
3 months ago

“This virus has taken off, it's moving fast and it's leading inevitably to a sharp increase in hospital admissions,” Britain's chief scientific officer Patrick Vallance said.

England's chief medical officer Chris Whitty said the authorities had alerted the World Health Organisation and were continuing to analyse the data.

Other countries have also reported variants of the virus. SA said on Friday one such strain was driving a second wave of infections there.