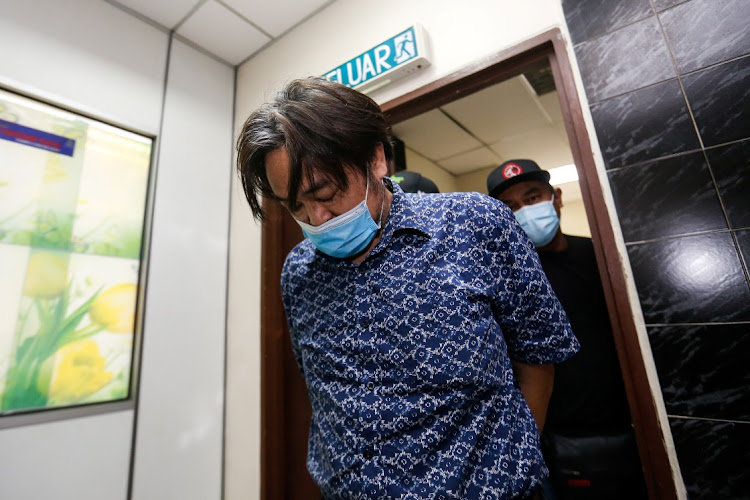 A deaf South Korean pastor was charged in a Malaysian court on Friday with sexually assaulting two men in separate incidents dating back to 2013, his lawyer said.

Jee Jong Hoon, 54, who uses sign language to communicate, was charged in a court in western Penang state with using criminal force to outrage the modesty of the men, his lawyer Shanmugam Ganesan told Reuters. The alleged victims were described by the police as having speech and hearing impairments.

Jee is the latest foreign religious figure accused of abusing Christian church congregants in Malaysia. Briton Richard Huckle died in prison last year after being convicted of targeting children in vulnerable communities while volunteering at a church in Kuala Lumpur.

Jee was accused of hugging, kissing and groping the men, who were in their 20s, in two separate incidents in 2013 and 2017.

He did not enter a plea since he could not understand Malaysian sign language, Shanmugam said, adding that his client intended to plead not guilty.

The court set Jan. 18 for the charges to be re-read to Jee after his lawyer requested that the court appoint an international sign language interpreter.

"He is denying the charges against him," Shanmugam said, without elaborating.

If convicted, Jee could face up to 10 years in prison, a fine or both.

Shanmugam said he expected further charges to be filed against his client.

In a statement on Thursday, Malaysian police said six reports had been filed against a South Korean pastor for allegedly molesting five men aged between 27 and 40 who had hearing and speech impairments in incidents dating back to 2011.

The pastor, who is married with two children, arrived in Malaysia in 1998 after being invited to conduct Bible teachings by the founder of an association for the deaf, Huzir said.

Muvhango actor Constance Sibiya is ushering in change as the newly elected bishop for her church – a position that has for years been dominated by ...
Entertainment
10 months ago
Next Article