"You've got the wrong house" 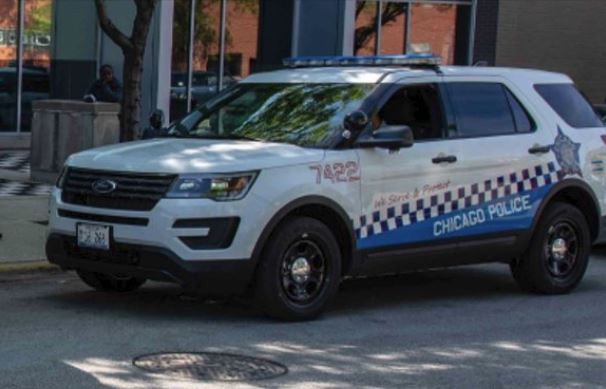 Mayor Lori Lightfoot also criticized the police for trying to stop the CBS Chicago network from broadcasting the video of the raid on the home of the woman, Anjanette Young.
Image: Chicago Police via Twitter

The mayor of Chicago said on Wednesday she was appalled by a 2019 police raid on the home of a Black woman, that was caught on video and aired this week, showing police handcuffing the naked woman.

Mayor Lori Lightfoot also criticized the police for trying to stop the CBS Chicago network from broadcasting the video of the raid on the home of the woman, Anjanette Young.

"I was completely and totally appalled as a human being, as a Black woman and as a parent," Lightfoot told a news conference.

"Ms Young's dignity, that she and all of us deserve, was taken from us and this is simply inexcusable."

The video shows police officers forcing their way into Young's home after smashing the door open.

"You've got the wrong house," a terrified Young is seen screaming at police, while clasping a blanket to cover herself.

"I don't even know what you're doing."

The Chicago police department did not immediately respond to a Reuters request for comment.

A lawyer for Breonna Taylor's family on Friday demanded Kentucky's state attorney general release the evidence presented to a grand jury that decided ...
News
1 year ago

Young's treatment has drawn parallels with the shooting of Breonna Taylor by police in March, after police forcibly entered her house in a drugs investigation focused on Taylor's ex-boyfriend.

Taylor's case became a rallying cry in Black Lives Matter protests that swept the United States and beyond this year.

Reuters did not have contact details for Young but she told CBS in an interview that she had felt violated by the raid.

"If I made one wrong move I felt like they would have shot me," said a teary-eyed Young, who wore a T-shirt with a picture Taylor and the words "I am her".

CBS reported that the Chicago Police Department had denied a Freedom of Information Act request lodged by Young to gain access to the video. Police also filed an emergency motion in federal court to stop CBS Chicago from airing it.

"Filing a motion against a media outlet to prevent something from being published is something that should rarely, if ever, happen. This is not how we operate," Lightfoot said.

Reuters was unable to determine why police conducted the raid or if Young had faced any charges in connection with it, but media described it as "botched" and Lightfoot issued an apology to the woman.

A second night of anti-racism protests got off to a tense but mostly peaceful start in Louisville, Kentucky, on Thursday.
News
1 year ago

Two police officers were shot and wounded in Louisville, Kentucky, during protests of a grand jury ruling decried by civil rights activists as a ...
News
1 year ago
Next Article