Thai protesters to pause for now and return next year 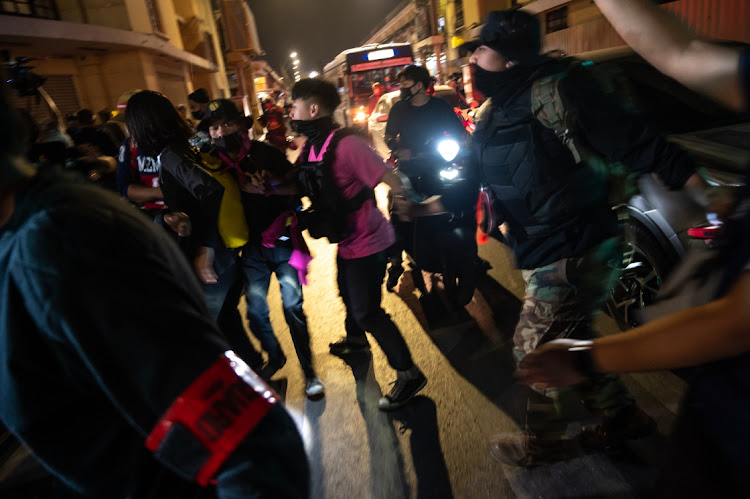 Bangkok – Thai protesters will take a break and return stronger next year, one protest leader said yesterday after months of demonstrations to remove the government and to demand reforms to curb the monarchy's powers.

"This year has been just an  overture," said Arnon Nampa, a rights lawyer who has become one of the most prominent faces of a movement that has posed the biggest challenge to the Thai establishment in years.

"We'll take a break during New Year's holidays and will come back next year with more intensity and bigger turnout," Arnon told reporters at a police station, where he reported to face charges related to his involvement in the protests.

Thailand's youth-led protest movement initially sought the removal of prime minister Prayuth Chan-ocha, accusing him of engineering last year's election to keep hold of power he had seized in a 2014 coup. He says the vote was fair.

The protests later escalated and broke taboos by demanding reforms to curb the powers of King Maha Vajiralongkorn and openly criticising an institution that the constitution says must be revered.

Protesters also want to rewrite a constitution that was drawn up by Prayuth's former junta.

Government spokesperson Anucha Burapachaisri told Reuters protesters may gather again next year but only if peaceful. "We still believe that every different side can still come together to find a solution," he said.

The king emphasised love for the nation when he spoke to hundreds of high school students at a camp for royal volunteers over the weekend, according to a transcript published by local news outlet Matichon Online.

A Canadian border official who oversaw staff at Vancouver's airport when Huawei CFO Meng Wanzhou was arrested two years ago testified on Friday she ...
News
1 year ago

Britain is more likely to leave the European Union's orbit on Dec. 31 without a trade deal than with an agreement, the head of the European ...
News
1 year ago

Australia cancelled the production of a locally made vaccine against Covid-19 after trials showed it could interfere with HIV diagnosis, with the ...
News
1 year ago

The US on Wednesday crossed an ominous new threshold of more than 3,200 lives lost to Covid-19 in a single day while public health officials stepped ...
News
1 year ago
Next Article