No celebs in New York City? No problem! This rare bird caught the attention of the paparazzi 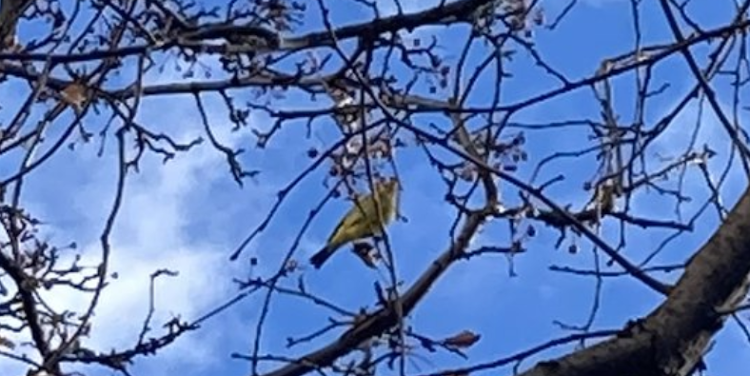 New York City is known for being a hive of celebrity events and sightings, but this has all changed over the last few months when events were halted to curb the spread of Covid-19, leaving the paparazzi with very little to do in the quiet city.

However, a recent and unexpected sighting of a Western Tanager caught the attention of paparazzi men and women who were seen by US playwright Warren Leight on Sunday.

In a viral thread, he shared how the bird, which has not been spotted in the city in about four years, caught the attention of celebrity chasers.

“I was surprised since there haven't been a lot of celeb sightings during the pandemic. As I moved closer, I saw that a lot of photographers and lookie-loos were looking up, apparently pointing to the building's roof,” he tweeted.

He said he quickly assumed the worst. Could it a jumper? A fire? Or a cat in distress? he wondered.

Thread: A New York Story --On Sunday, I was walking in West Chelsea, and I saw what looked like a gaggle of paparazzi outside a brownstone. 1/8 pic.twitter.com/xhPiGFnU62

While he stood there, looking for answers, more photographers arrived, but he was pleasantly surprised at what he discovered.

“I asked one photographer if he knew what was going on. In a soft voice, he explained that a Western Tanager, a bird seldom seen in New York, had been spotted on West 22nd Street. 'Look closely at the yellow leaf above the thick branch.'

“The bird, he told me, hadn't been seen in New York in four years, and may have been carried in by recent west winds. I felt great relief that all these folks had gathered - not to witness another 2020 loss - but rather to see a rare bird,” he wrote.

“How lucky I was that a street full of New Yorkers reminded me that if you keep looking up, you might see something rare and wonderful.”