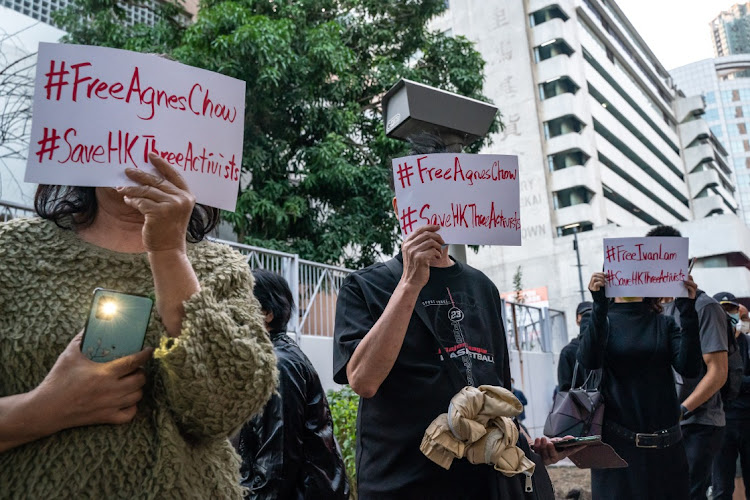 The 24-year old activist was jailed on December 2 along with Joshua Wong for their roles in an unlawful rally near police headquarters in 2019, the toughest and most high-profile sentencing of opposition figures this year.

Chow's hearing came after about 16 activists were arrested since Monday, part of a relentless crackdown on opposition forces in the Chinese-ruled city.

Chow, along with Wong and Nathan Law, founded the now-disbanded democracy group Demosisto in 2016. The party was dissolved hours after Beijing passed a contentious national security law for the city on June 30 amid fears it could be targeted under the legislation.

Chow was also arrested in August under the new security legislation on suspicion of “colluding with foreign forces,” but is yet to face any charges.

Under the national security law, Beijing punishes what it broadly defines as sedition, secession, terrorism and collusion with foreign forces with up to life in jail.

The US is preparing to impose sanctions on at least a dozen Chinese officials over their alleged role in Beijing's disqualification of elected ...
News
1 year ago
Next Article