A year on, markets bustling in Chinese city where Covid-19 emerged 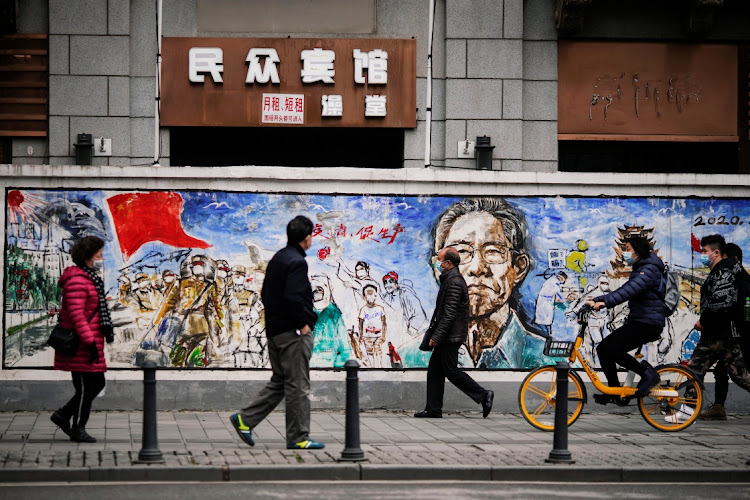 Hundreds of shoppers pack a wet market on a December weekday morning in the Chinese city of Wuhan, jostling to buy fresh vegetables and live fish, frogs and turtles.

Almost a year since the city reported the world's first cases of Covid-19 in one of its handful of vast wet markets, and even as several other countries remain firmly in the grip of the subsequent pandemic, life in Wuhan has largely returned to normal.

“I'm not afraid, what is there to be afraid of?” said Nie Guangzhen, a fish and vegetable vendor.

Nie and other shop owners along a narrow street, part of the larger wet market, were busily gutting fish for streams of buyers — some not wearing masks — as city cleaners sprayed down the pavements.

Few hints remain of Wuhan's early role in the coronavirus pandemic, which has since infected more than 67 million people globally, killing about 1.5 million people.

The Huanan seafood market in the Chinese city of Wuhan, believed by many to be the origin of the Covid-19 pandemic, is sealed behind a blue perimeter ...
News
8 months ago

China first alerted the World Health Organisation to 27 cases of “viral pneumonia” in Wuhan on December 31. Authorities shut down a wet market in the city the next day, after discovering some patients were vendors or dealers.

That marked the start of a dark period for the city of 11 million in central China. Infections spiralled quickly to 50,000 cases, including almost 4,000 deaths. Officials responded by swiftly imposing a tough 76-day lockdown, erecting kilometres of thick yellow barricades through the city's deserted streets to keep people at home and businesses closed.

The measures paid off. Wuhan has not recorded a new locally transmitted case in several months and is now indistinguishable from other Chinese cities with crowded shopping streets, traffic jams and tightly packed restaurants.

“I really missed these more fun and exciting times, like going out shopping and eating with my friends,” said 27-year-old shopper Hu Hang on Monday at a packed Wuhan night market selling Christmas sweaters among other goods.

In the busy street, hawkers sell flowers and balloons, street performers including dancers and a clown perform while music blares from shops lining the road.

The city's recovery is a sharp contrast to other major economies heading into the Christmas and New year holiday season.

In the US, the health system is under severe pressure as cases mount and health officials warn the worst is yet to come. The country recorded 15,000 deaths over the past week, the deadliest seven days of the pandemic since April.

Several European countries have rolled out tight restrictions on gatherings ahead of Christmas, fearing a return to peak levels of cases because of festive celebrations.

“I haven't been overseas, so I don't understand it well, but looking at the TV it seems like foreign countries don't put human life first,” said Mr Li, a 54-year old Wuhan street food vendor, who reopened his shop in June. “The ideology of foreign countries is not as good as that of China.”

China has taken steps, including mass testing millions of residents after small-scale outbreaks, to prevent a second wave of infections seen in many other cities and countries.

Wearing face masks is not mandatory, but most people do so in public. 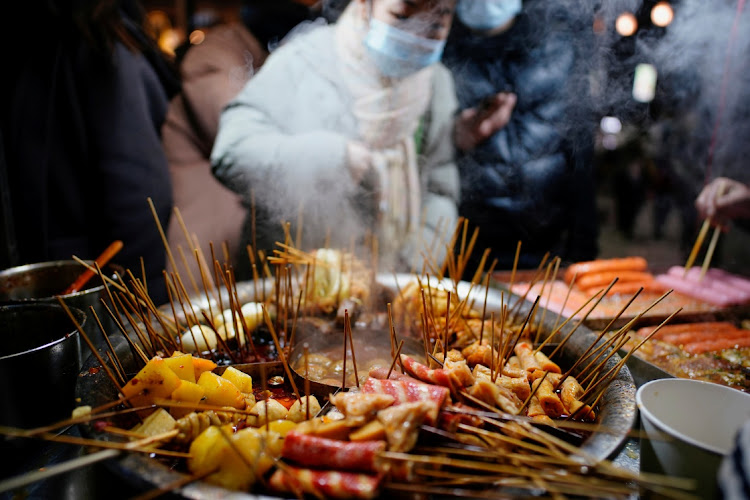 Local snacks are seen at a street market almost a year after the global outbreak of the coronavirus disease (Covid-19) in Wuhan, Hubei province, December 6, 2020.
Image: REUTERS/Aly Song

And while shoppers have returned to Wuhan's streets, Li and others say business is yet to return fully to normal.

“The whole situation is not great, it's still a lot worse compared to the last few years,” Li said, referring to a slump in sales during the time after lockdown when people were too afraid to return to the streets.

Still, for many residents, lockdown memories have been superseded by the city's swift reopening — alongside new precautions.

“I don't worry, because I'm doing a good job of protection,” said wet market vendor Nie, who said she will continue to disinfect and boil her clothes. “Even if there is a second wave, I will just stick to it.”