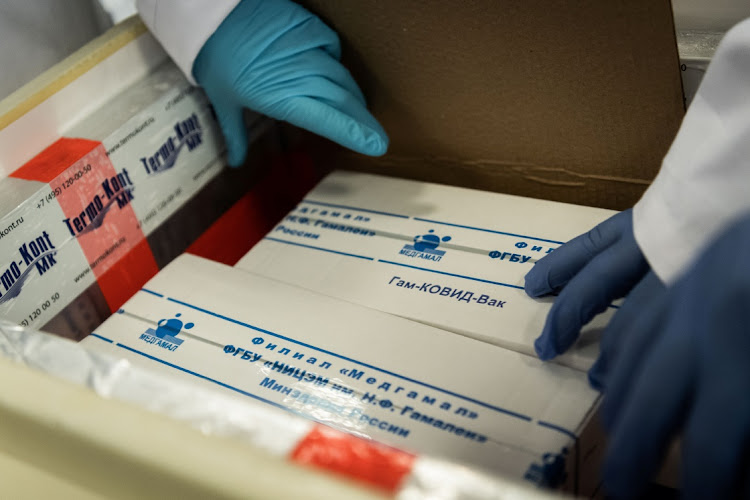 The Russian-made vaccine will first be made available to doctors and other medical workers, teachers and social workers because they run the highest risk of exposure to the disease.

"You are working at an educational institution and have top-priority for the Covid-19 vaccine, free of charge," read a phone text message received by one Muscovite, an elementary school teacher, early on Saturday and seen by Reuters.

President Vladimir Putin has ordered a nationwide voluntary vaccination programme to begin next week. He said Russia will have produced 2 million vaccine doses within the next few days.

The head of the Russian Direct Investment Fund (RDIF), Kirill Dmitriev, said in an interview with the BBC on Friday that Russia expects to give the vaccine to about 2 million people this month.

"Over the first five hours, 5,000 people signed up for the jab - teachers, doctors, social workers, those who are today risking their health and lives the most," Mayor Sergei Sobyanin wrote on his personal website on Friday.

Among the first people signing up to the Moscow roll-out, Nadezhda Ragulina, an administrator at a Moscow clinic, said she wanted the vaccine as she had witnessed many Covid-19 patients.

"This is my decision... Some people close to me also have had an experience (of Covid-19). That's why I want to protect myself, my relatives, to obtain the immunity," she told Rossiya-24 state TV channel.

Russia's Sputnik V Covid-19 vaccine will cost less than $20 per person on international markets and Moscow aims to produce more than a billion doses ...
News
1 year ago

Moscow, a city of around 13 million people, has been the epicentre of Russia's coronavirus outbreak. It reported 7,993 new cases on Saturday , up from 6,868 the day before and well above the daily tallies of around 700 seen in early September.

The age for those receiving shots is capped at 60. People with certain underlying health conditions, pregnant women and those who have had a respiratory illness for the past two weeks are barred from vaccination.

Russia has developed two Covid-19 vaccines, Sputnik V which is backed by the Russian Direct Investment Fund and another developed by Siberia's Vector Institute, with final trials for the both yet to be completed.

Scientists have raised concerns about the speed at which Russia has worked, giving the regulatory go-ahead for its vaccines and launching mass vaccinations before full trials to test its safety and efficacy had been completed.

The Sputnik V vaccine is administered in two injections, with the second dose is expected to be given 21 days after the first.

Deputy Prime Minister Tatiana Golikova said on Friday that the vaccinated should avoid public places and reduce their intake of medicine and alcohol, which could suppress the immune system, within the first 42 days after the first jab.

Moscow closed down all public places including parks and cafes, with exception for delivery, in late March, with police patrolling the streets looking for whose violating the rules. Restrictions were eased from mid-June, however.

Russia as a whole reported 28,782 new infections on Saturday, its highest daily tally, pushing the national total to 2,431,731, the fourth-highest in the world.

In October, certain restrictions such as remote learning for some secondary school children and a 30% limit on the number of workers allowed in offices were introduced again.

AstraZeneca said on Monday its vaccine for the novel coronavirus could be around 90% effective without any serious side effects, the latest drugmaker ...
Business
1 year ago

Moderna Inc's experimental vaccine is 94.5% effective in preventing Covid-19 based on interim data from a late-stage trial, the company said on ...
News
1 year ago

Russia's "Sputnik-V" Covid-19 vaccine produced an antibody response in all participants in early-stage trials, according to results published on ...
News
1 year ago
Next Article