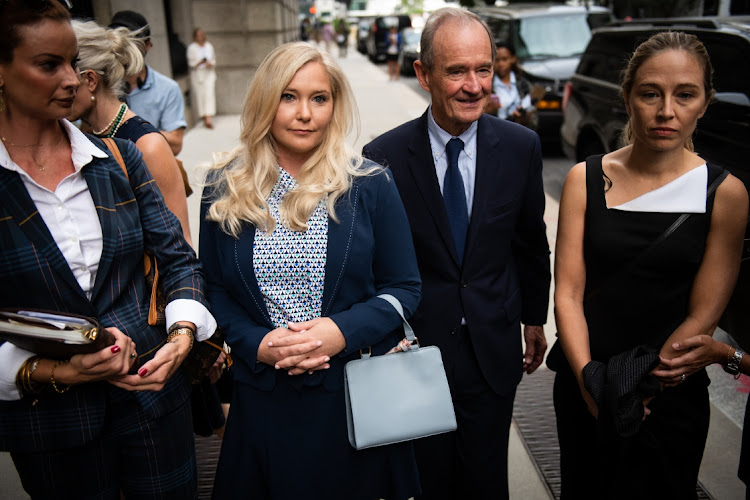 U.S. appeals court judges appeared skeptical on Thursday of voiding a 2007 deal that shielded Jeffrey Epstein from child sex charges that one of his alleged victims says prevents her from talking to prosecutors about possible co-conspirators.

The agreement shields unidentified alleged accomplices and nullifying it could impact the criminal case in New York against Ghislaine Maxwell, who stands accused of luring girls so Epstein could abuse them.

Maxwell has pleaded not guilty. Her lawyer Mark Cohen said at her July bail hearing that the agreement protected her from prosecution, a position federal prosecutors have called "absurd."

Thursday's hearing capped years of litigation over the agreement by women who say they were sexually abused by Epstein, including Courtney Wild, whose attorney argued the agreement prevented her from her from speaking to prosecutors.

Judges on the 11th U.S. Circuit Court of Appeals seemed to doubt that the 2007 agreement triggered the federal Crime Victims' Rights Act because as part of the deal Epstein was not charged with a federal crime.

The law gives victims a role in proceedings and requires prosecutors to confer with them.

The transition to democracy in SA has been characterised by an uphill battle towards equality. Inequalities shaped by race, gender and class politics ...
Opinion
9 months ago

"In this case, there was no charging document," said Judge Barbara Lagoa. "So how can we interpret the statute in a way that requires the government to have to notify a victim prior to an accused being named?" she asked during arguments before the full court.

Epstein hung himself in jail last year after being charged in 2019 with sex trafficking by Manhattan prosecutors.

The 2007 agreement shielded Epstein from a possible federal indictment for sexually abusing dozens of girls as young as 14 between 1999 and 2007, according to court records.

Under the terms of the deal, Epstein pleaded guilty in 2008 to lesser state prostitution charges. He served 13 months in jail where he was granted daily work release.

A Justice Department investigation concluded in November that then-U.S. Attorney Alex Acosta exercised "poor judgment" by allowing Epstein to enter into the deal, but cleared the former U.S. Labor Secretary and other prosecutors of professional misconduct.

In April, a three-judge panel of the same appeals court found that the non-prosecution agreement did not violate the Crime Victims' Rights Act because Epstein was never actually charged with a federal crime.

Disgraced US financier Jeffrey Epstein's autopsy report found that he had several broken bones in his neck, the Washington Post reported late on ...
News
1 year ago