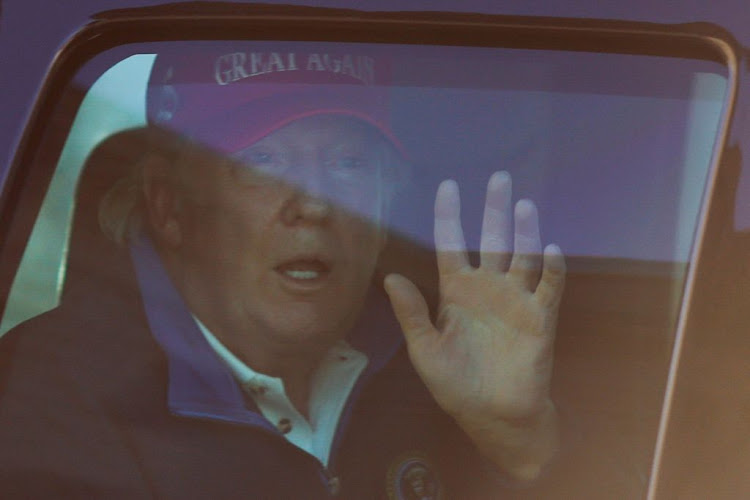 US president Donald Trump waves to supporters as he drives past Freedom Plaza as he returns to the White House after playing golf in Washington, US, on November 14 2020.
Image: REUTERS/Carlos Barria

President Donald Trump appeared on Sunday to publicly acknowledge for the first time that his Democratic rival Joe Biden won the November 3 US presidential election, but reiterated his false claims that the vote was rigged.

"He won because the Election was Rigged," Trump tweeted.

Trump had yet to concede the election to Biden who was announced as the winner on November 7 after enough states results came in to hand the former Democratic vice president victory.

Biden has won 306 votes in the state-by-state Electoral College system that determines the presidential winner, according to Edison Research, far more than the 270 needed.

Donald Trump's supporters will take to the streets on Saturday to back his unsubstantiated claims of election fraud as he pushes ahead with a flurry ...
News
1 year ago

Instead, Trump has spent his days with few public events and pressed unsubstantiated allegations of fraud on social media.

The US president has also stalled the government's normal process of preparing for a new presidential administration, which both Democrats and some Republicans have said has serious national security implications.

Trump's campaign team and Republicans have also sought to press their case in court in key battleground states, but have been widely rejected.

Meanwhile, Biden and vice-president-elect Kamala Harris have moved forward with their transition efforts, including briefings on the Covid-19 outbreak.