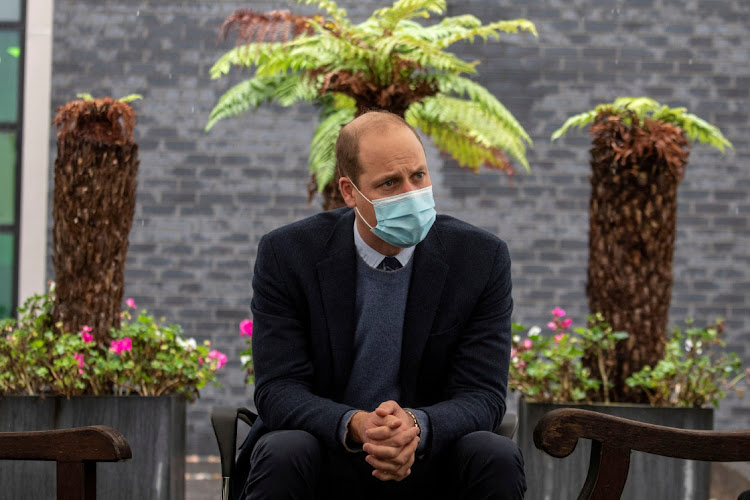 Britain's Prince William contracted Covid-19 in April at a similar time to his father, the heir-to-the-throne Prince Charles, a source close to his Kensington Palace office said.

William, 38, grandson of Queen Elizabeth and second-in-line to the British throne, kept his diagnosis a secret because he did not want to alarm the country, said The Sun newspaper, which first reported the news.

"There were important things going on and I didn't want to worry anyone," William was quoted by the newspaper as having told an observer at an engagement.

He was treated by palace doctors and followed government guidelines by isolating at his family's home Anmer Hall, in Norfolk in eastern England, the newspaper said, adding he had still carried out 14 telephone and video call engagements during April.

"William was hit pretty hard by the virus - it really knocked him for six. At one stage he was struggling to breathe, so obviously everyone around him was pretty panicked," an unnamed source told The Sun.

Kensington Palace declined to comment officially on the story but did not deny The Sun's report.

The Daily Mail newspaper said that neither William's wife Kate nor his young children George, Charlotte and Louis had tested positive for the virus.

William contracted the virus a couple of weeks after it was disclosed that his father had tested positive in March. Prince Charles, 71, self-isolated at his residence in Scotland for seven days with mild symptoms of the disease.

Queen Elizabeth, 94, and her husband Prince Philip, 99, spent the early months of the pandemic shielding at Windsor Castle, the monarch's residence west of London, and avoiding contact with other family members due to their advanced age.

British Prime Minister Boris Johnson needed hospital treatment after he contracted Covid-19 at the end of March and a number of other ministers were also struck down by the illness.

Britain has been hit hard by the pandemic and has officially reported to date 46,717 Covid-19 deaths - defined as those dying within 28 days of a positive test.

Some commentators were critical of the royals for keeping William's illness a secret.

"If the future king contracts a potentially fatal virus that the entire world is worried about during a lockdown and he and those around him cover it up, that raises serious questions about whether we can trust anything he or his advisers say," Richard Palmer, the royal correspondent for the Daily Express newspaper, said on Twitter.

Britain's foreign minister Dominic Raab said he worried for Boris Johnson's life when the prime minister was hospitalised with Covid-19 in April.
News
1 year ago
Next Article