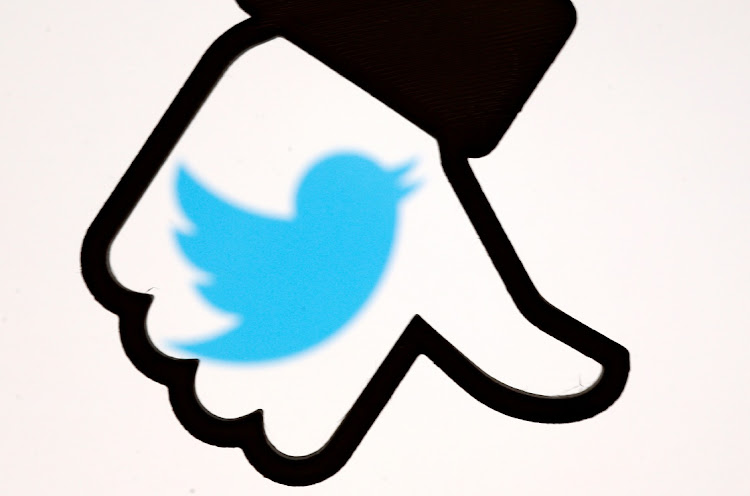 Twitter declined to specify the number of accounts suspended or to comment beyond its statement.
Image: DADO RUVIC

Twitter Inc on Tuesday said it had suspended a number of accounts that claimed to be owned by Black supporters of President Donald Trump and his re-election campaign, saying the accounts broke its rules on spam and platform manipulation.

"Our teams are working diligently to investigate this activity and will take action in line with the Twitter Rules if Tweets are found to be in violation," a spokeswoman for the social media company said.

A review by Reuters of some of the suspended accounts showed they often used images of real people that did not match their names and posted identical language in their messages, including the phrase: "YES IM BLACK AND IM VOTING FOR TRUMP!!!"

The accounts sometimes claimed to be owned by military veterans or members of law enforcement.

Darren Linvill, a social media disinformation researcher at Clemson University who said he had been tracking the accounts since Saturday, found more than two dozen accounts that collectively had 265,000 retweets or Twitter mentions. He said the accounts ranged in size but some had attracted tens of thousands of followers.

Lot of nonchalant behaviour due to how men are socialised.
Opinion
1 year ago

Texans on Tuesday joined a wave of Americans casting ballots at a record-setting pace, jamming early-voting polling places ahead of a Nov. 3 election ...
News
1 year ago

Twitter’s policy against platform manipulation and spam prohibits coordination among accounts to artificially influence conversation, including the use of multiple or fake accounts.

Linvill said some of the accounts used photos of Black American men that had appeared in news articles. Some used identical images of Trump as their header image.

The Trump campaign did not immediately respond to a Reuters request for comment on the investigation, which was first reported by the Washington Post.

Linvill told Reuters that most of the accounts were created in 2017, but had become more active in the past two months. He said all the accounts he had been tracking in the group had now been suspended by Twitter, but the damage had already been done.

"It doesn't matter if Twitter's shutting you down in four days, they've already had their impact," Linvill said.

Twitter declined to answer Reuters' questions about the origin of the accounts.