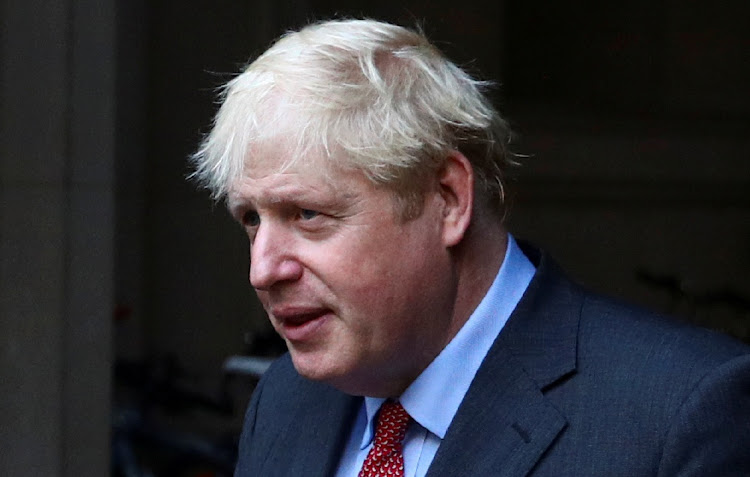 Britain's foreign minister Dominic Raab said he worried for Boris Johnson's life when the prime minister was hospitalised with Covid-19 in April.

Raab stood in for Johnson as for almost a month while the prime minister recovered. Johnson first became ill with the coronavirus in late March and ended up in intensive care at one point.

"I really worried we might lose him and I was worried for Carrie pregnant with baby Wilf," Raab is due to say at the virtual Conservative Party conference later on Saturday, reported the Times.

Johnson's fiancée Carrie Symonds was pregnant with their son at the time.

Raab's comments come hours after U.S. President Donald Trump was taken to a military hospital near Washington after testing positive for the virus. Trump will work in special suite at the hospital for the next few days, in what the White House called a precautionary measure.

With the U.S. presidential election a month away, Raab told the newspaper that he had never met Trump's Democratic rival for the White House, former Vice President Joe Biden, or any of Biden's senior team.

But he said he had good relationships with senior Democrats on Capitol Hill and the outcome of the election would not affect UK-U.S. relations, the Times reported.

"The strength of the friendship between Britain and the U.S. I think is in great shape whatever the outcome in November," he told the newspaper.

There was a 61% increase in positive Covid-19 cases in England's latest weekly data, with more than four times the number of cases recorded as there ...
News
1 year ago

The chief medical officers of the United Kingdom have said children should return to school after the summer holidays, warning that missing out on ...
News
1 year ago
Next Article