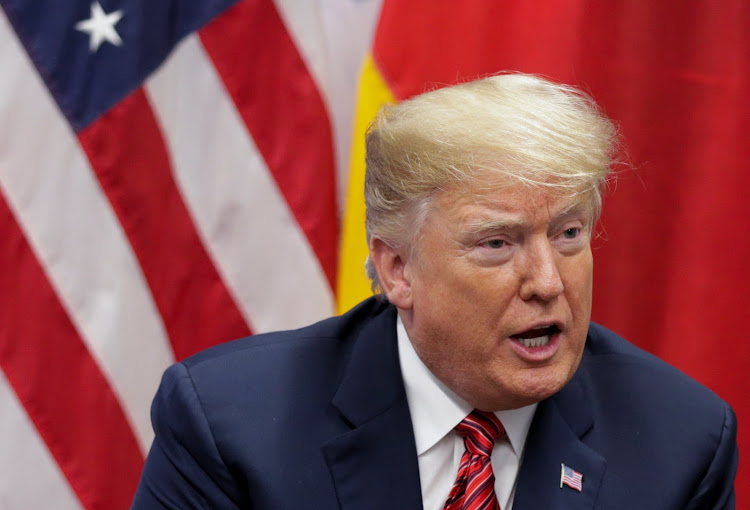 President Donald Trump made some of his flashiest 2016 campaign pledges in foreign policy areas, such as vowing to reevaluate the US relationship with NATO, abandon a landmark nuclear deal with Iran and bring US troops back from "forever wars."

The Republican president, a former businessman from New York who boasts about his deal-making skills, has delivered on some of his pledges, while partially meeting a few others. Some he has so far completely failed to achieve.

If Trump is defeated in the November 3 election by Democratic rival Joe Biden, the new administration's hardest challenge will be to restore the global standing and trustworthiness of the United States, analysts and former US and European officials say.

Biden, vice president under President Barack Obama, will be taking over a scarred transatlantic relationship, deep antagonism with China and sanctions-dominated pressure campaigns against Iran, Syria and Venezuela.

Here is a look at some of the key policy priorities of the Trump administration and potential challenges for Biden:

A central theme in Trump's 2016 campaign was to accuse China of "ripping off" the United States while vowing to seal a fair trade deal with Beijing that would help American businesses and create US jobs.

After almost two years of tit-for-tat trade war with the world's second largest economy, Trump has so far managed a stalled first phase of such an agreement.

President Donald Trump said on Saturday he is considering a pardon for Edward Snowden, the former US National Security Agency contractor - now living ...
News
1 year ago

Meanwhile, Washington and Beijing have slapped tariffs on hundreds of billions of dollars worth of each others' goods and the global spread of the coronavirus from China has soured bilateral ties to their worst level in decades, raising fears of a new Cold War.

Washington has acted against Beijing on multiple fronts: It ended the special status of Hong Kong, sanctioned top officials over human rights abuses and sought to ban Chinese technology companies from operating in the United States.

A Biden administration would have little option but to maintain the hard stance, analysts say, but would likely seek to dial down some rhetoric to create room for engagement.

In 2018, the Trump withdrew from the 2015 nuclear deal between Iran and world powers, saying he could strike a better one. He also launched a "maximum pressure" campaign to choke off Tehran's sources of income.

Despite almost two years of sanctions on everything from oil revenue to minerals and Iran's central bank, Washington has yet to force a change of behavior by Tehran and bring it back to the negotiating table. Instead, escalating tensions have carried the two nations to the brink of war.

Biden has said he would deal with Iran through diplomacy and re-enter the agreement, but only if Iran first returned to compliance with the deal's restrictions on its nuclear program.

Trump has repeatedly complained about the failure of many NATO partners to meet defense spending targets. He has also questioned the continued relevance of the organization created in 1949 at the start of the Cold War with Russia.

His attacks soured ties with several European allies, but more members of the alliance have now increased spending to meet its target of two percent of GDP.

This year, Trump vowed to cut the number of US troops in Germany, accusing Berlin of taking advantage of the United States while not meeting its NATO obligations.

Analysts say repairing the transatlantic alliance will take time, but should be one of the easier tasks awaiting a potential Biden administration.

Trump promised in his 2016 campaign to stay out of foreign wars and bring home US troops deployed in Afghanistan, America's longest war, which is now in its nineteenth year.

Washington has begun cutting troop numbers in Afghanistan after striking a deal with the Taliban in February that envisaged the withdrawal of all U.S. troops. This depends, however, on talks between the Taliban and the Afghan government, which have stalled.

Trump also ordered a pullout of U.S. troops from Syria. The decision was repeatedly watered down by aides and the military, but numbers have still been reduced by more than half.

One of Trump's most controversial decisions was his withdrawal from the Paris Climate Agreement, something he had repeatedly vowed to do during the 2016 campaign.

Trump said the agreement imposed "draconian" financial and economic burdens on the United States and vowed to negotiate a better one.

Protests erupted in Kenosha in the US state of Wisconsin after police shot an apparently unarmed Black man multiple times in the back, according to ...
News
1 year ago

A new agreement has not materialized. The Biden campaign said he would recommit to the original Paris deal and lead an effort to get major countries to toughen their domestic targets.

Trump delivered on his 2016 campaign promise to relocate the US Embassy in Israel to divided Jerusalem. The move was slammed by most of the Arab world but won praise from the Israeli government and its supporters, as well as evangelical Christians.

His wider Middle East Peace plan was rejected by Palestinians as it allowed Israel to maintain control of long-contested West Bank settlements, but received some encouraging reviews from several Arab states.

One, the United Arab Emirates, this month normalized ties with Israel in a historic deal brokered by the United States, a move that many analysts saw as a foreign policy win for Trump at a time when he has been trailing Biden in polls.

Trump surprised the world by entering unprecedented talks with North Korean leader Kim Jong Un. He made no progress in persuading Kim to give up his nuclear weapons, but some believe his ice-breaking diplomacy could be a building block for a future administration.