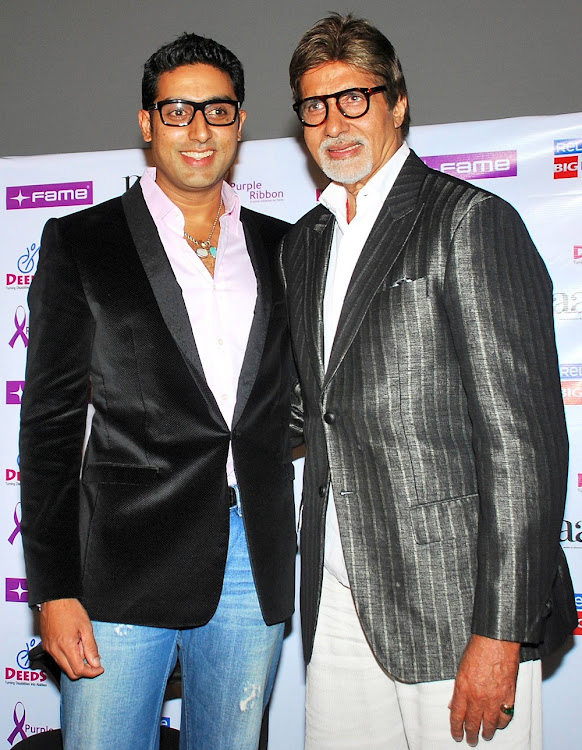 FILE PHOTO: Bollywood actors Amitabh Bachchan (R) and his son Abhishek Bachchan pose for a picture during a special screening of their movie "Paa" for the underprivileged children at a multiplex in Mumbai December 7, 2009.
Image: REUTERS/Manav Manglani/File Photo

India's most famous film star Amitabh Bachchan, and his son Abhishek, are in stable condition after testing positive for the coronavirus, a hospital official and government health authorities said on Sunday.

The 77-year-old legendary actor said in a tweet on Saturday night that he had tested positive for the highly infectious virus.

Within minutes, his actor son Abhishek Bachchan, 44, tweeted that he had also tested positive.

Both were moved to the Nanavati Hospital in Mumbai despite showing only mild symptoms and the father-son duo appealed to their millions of fans to stay calm.

On Sunday, an official at Nanavati and government health officials in Mumbai said both the father and son were in stable condition. Reports were awaited on the condition of Amitabh Bachchan's wife Jaya and Abhishek's wife Aishwarya, both also highly regarded actors.

Bollywood actor Sushant Singh Rajput, who won acclaim for his role in the 2016 biopic of then Indian cricket captain Mahendra Singh Dhoni, was found ...
News
1 year ago

Meanwhile civic authorities launched a massive sanitising drill at Bachchan's upscale residence in Mumbai, spraying disinfectant in the large compound and on cars parked there.

A Bollywood legend, Amitabh Bachchan has been a prominent figure in the fight against the coronavirus by appearing in public service advertisements in which he urges people to wear a mask, wash hands frequently and maintain social distance in his trademark baritone.

But actors over 65, such as Amitabh, are banned from the sets because of their vulnerability to the virus.

Coronavirus cases have been rising steadily in India. The disease has infected over 820,000 people and killed over 22,000 in the country, according to a Reuters tally.

Irrfan Khan, an Indian actor who brought a modern sensibility to recent hit films and had roles in Hollywood movies such as Life of Pi and The ...
News
1 year ago
Next Article