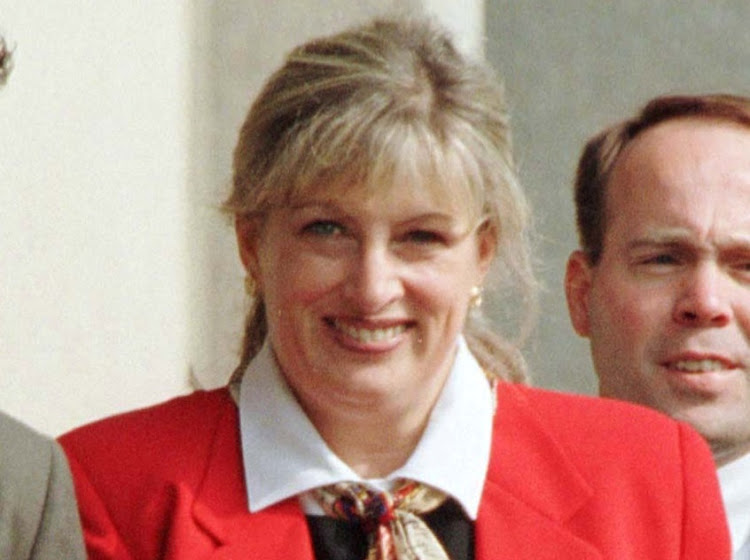 Her death was confirmed to the Washington Post by her son, Ryan Tripp, and to the New York Post by her son-in-law, Thomas Foley, who said Tripp's unspecified illness was unrelated to the coronavirus.

The Daily Mail in Britain cited a longtime close friend, Diane Spreadbury, as saying Tripp succumbed to a brief battle with pancreatic cancer.

Tripp became forever linked with the sex scandal that nearly brought down Clinton's presidency by way of her whistleblower role in exposing the extramarital affair he had with Tripp's acquaintance, Monica Lewinsky, a former White House intern.

Tripp was a secretary in the White House counsel’s office in the early years of Clinton's presidency before she was transferred to the Pentagon's public affairs office and befriended Lewinsky, 24 years her junior.

As the two became close and Lewinsky revealed her past sexual relationship with Clinton, Tripp began clandestinely recording their private telephone conversations in which Lewinsky documented her affair with the president in graphic detail.

Tripp ultimately turned over hours of those tapes to Independent Counsel Kenneth Starr, who was investigating potential wrongdoing by Clinton, the former Arkansas governor, stemming from the failed Whitewater real estate venture in the Ozarks. Tripp was granted immunity from illegal wiretapping charges in exchange for the recordings.

On the basis of the tapes, Starr obtained permission to expand his probe into the Clinton-Lewinsky affair.

A report regarding allegations that Bishops school teacher and water polo coach Fiona Viotti engaged in inappropriate sexual activity with pupils is ...
News
1 year ago

Tripp also brought to light one of the most notorious pieces of evidence in the scandal, the semen-stained blue dress that Lewinsky had told Tripp she had worn during a sexual encounter in the White House with Clinton. Tripp recounted that Lewinsky had once shown her the dress, and that Tripp persuaded the former intern to keep the garment without having it dry-cleaned.

Starr's office seized the dress, and DNA analysis of it forced Clinton to recant his infamous, finger-wagging public denial of his affair with Lewinsky - "I did not have sexual relations with that woman."

The revelations also led the Republican-controlled U.S. House of Representatives to impeach Clinton for perjury and obstruction of justice over statements he made denying the affair under oath as part of a sexual harassment lawsuit brought against him by former Arkansas state employee Paula Jones. Clinton was acquitted in the Senate.

In the end, Tripp was vilified by Clinton's supporters as having betrayed a friend for partisan political motives. But she insisted she had done the right thing in exposing the president's misconduct.

Tripp was fired from her Pentagon job on Clinton's final day in office in January 2001, and later settled with her husband in Middleburg, Virginia, outside Washington. c

Tshwane mayor Stevens Mokgalapa will know within a few days whether he still has a future in the DA.
News
1 year ago

Arguments regarding the Tshwane council meeting which removed speaker Katlego Mathebe and mayor Stevens Mokgalapa will now be heard on Thursday.
News
1 year ago
Next Article