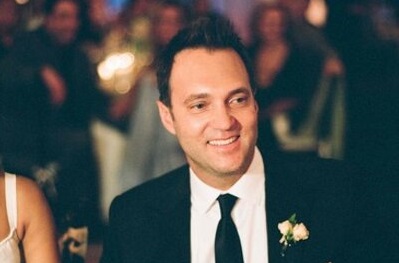 US journalist Adam Housley was dragged for 'spreading fake news' about the Covid-19 coronavirus in South Africa.
Image: ADAM HOUSELY VIA TWITTER

Adam Housley poked the beast out of South Africans on Thursday when he claimed that a million body bags were being delivered to SA due to the Covid-19 pandemic.

The former Fox News correspondent was accused of “spreading fake news” after he tweeted: “Tonight I have learned that 1 million body bags have been delivered to SA. It’s estimated that nearly 8.5 million people have Aids or TB in the country and they are very worried about what’s coming with coronavirus.”

As of Thursday, SA has 1,462 confirmed cases with five recorded deaths, compared to the US, which has more than 245,000 cases and where more than 6,000 deaths have been reported.

Housley claimed to have received the information from “friends who are in positions of power in SA and they are worried”.

He later deleted the tweets and said it had been “completely misunderstood”. He added that he loved the country and had even met Archbishop Desmond Tutu.

“I have deleted my South African tweet. It is being completely misunderstood. If you’ve followed me for years, you know SA was one of my most favourite places I’ve ever been [to]. I met [Archbishop Desmond] Tutu and some amazing people. I have been counting the days to take my kids back.

“In no way was I attacking SA or their attempts to fight Covid-19. I was hoping to get them more help that other countries haven’t got. It was presented as a fact from a government source. There was no lie and no intention to disrespect. I apologise if it was taken that way,” he said.

Housley repeated that he had been trying to help.

“We love SA are you kidding me?! You guys are completely misunderstood. I want the WHO and countries to help stop the virus there. This was no attack, ask your government ... they are the ones saying they are worried. We loved it there and have many friends.”

Check the deleted tweets below.

I’m sure others in other parts of the world would throw the world’s biggest After Tears party as soon as they see Africans dying like ants! If this isn’t some anti-African hatred, I don’t know what is. Adam Housley o bua his BALLS! pic.twitter.com/KImNL0OUvU

Who knew Adam Housely was a bellend!? I met Tutu so I have the right to talk shit about South Africa. How about you shut up and face the glorified third world country you live in! How about that Adam! pic.twitter.com/EgoFuBoIGx

South Africans slammed Housley for both his claims and bringing the archbishop into it.

Here is a snapshot of what tweeps said.

Just shut up. What you wrote below has absolutely NOTHING to do with the fake news you posted. We don't care who you love..just stop this toxic misinformation campaign & ignorance. We did not misunderstand you. We are highly educated & well travelled citizens. And we live here! https://t.co/SPgEawsRs7

Someone please come an collect Adam Housley. He's outchea spreading fake news; basically salivating at the thought of South Africans dying and clearly thinks that "HIV" and "AIDS" are synonyms. Tell this man to keep SA out of his mouth. pic.twitter.com/tzCRcvbExP

I wonder if Tamera and the girls will discuss how South African Twitter dragged her hubby Adam Housley for the lies he posted on @TheRealDaytime pic.twitter.com/KhPxJZ3Bb0

Did Adam Housley really "I met Tutu" us😭😂😭is this a new version of "I have black friends"?

Adam Housley even deleted that tweet about him meeting "Tutu and some amazing people"...
Good work South Africans 👏🏾

Adam Housley deleted all his BS tweets about South Africa and meeting Tutu.
The internet did well today.
You can’t just spew fake news and think you’ll get away with it Mr Tamera.
Nope, noppity nopes!!!