This is insane, says SA YouTuber as prank video hurtles past a million views 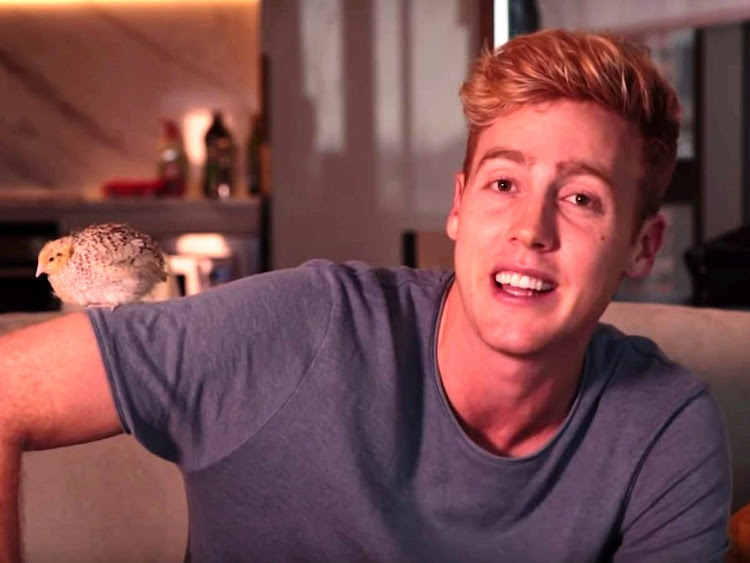 Josh Pieters, 26, is said to have amassed a R500m fortune from his YouTube channel.
Image: YouTube/Josh Pieters

He's only 26 and he's already made an estimated R500m from his YouTube channel.

But Josh Pieters, from Knysna, was surfing a whole new wave of fame on Friday after a prank video racked up more than a million views in less than a day and grabbed headlines around the world.

On Thursday, Pieters had to tear himself away from his computer screen “to keep sane” after his 10-minute video, in which he flew right-wing commentator Katie Hopkins to the Czech Republic to hand her a spoof award, went viral.

“Jeepers, I can’t believe it’s doing so well. I’m trying to keep myself away from it and not check it as often just to keep sane,” Pieters told TimesLIVE from London.

Twitter suspended Hopkins' account on Thursday, finally yielding to an avalanche of complaints from people who objected to what they saw as her hate speech.

She has not yet reacted to the video, in which a fake organisation dubbed the Cape Town Collective awards her the Campaign to Unite the Nation Trophy.

Pieters said the video was by far his biggest project and required two-and a half months of planning. As it sped past a million views, he said the prank went better than he could have hoped.

He planned the prank with colleague Archie Manners, “from setting up the Cape Town Collective for Freedom of Speech, to hiring the actors, to hiring the hotel, the restaurant, the travelling there,” said Pieters.

“You’ll see in the video that I was on holiday in Cape Town at the time we started planning it, so for any South Africans there’s a nice bit of Cape Town in there right in the beginning and that’s always nice.”

The prank was elaborate. Pieters even hired actors who were briefed two hours before Hopkins arrived at the Prague ceremony on Monday.

But Pieters said the cost of making the video seemed to be paying off. “I funded it myself. I guess you could say YouTube is my main job. I earn money from it but you also have to spend money to make things work,” he said.

“This was my most expensive video I’ve ever made but it seems like it’s worth it because the video is working, so I’m happy I made the investment now.

“That’s always a risk. You never know if it’s going to work. Anything can go wrong. Luckily it did work.

“It was mad, the actors were brilliant. We briefed the actors about two hours before she got there and then they all arrived at the same time as her,” he said.

“In the briefing we explained the story and what was going on and that when they arrived, we would be in full character until she left. They all did brilliantly, and we all managed to pull it off. It was hard at times, but thankfully we did it.”

To some viewers unfamiliar with Hopkins, Pieters’ prank may seem cruel up to the point where she makes her speech of thanks.

“Epileptics are all weirdos, they’re up there with the Asians,” she says. “Gretha [Thunberg], autistic f***ing wench,” and a barrage of jabs at Muslims were just a few of the sentiments she expressed.

At times, Pieters said, it was hard to listen. “Some of the things she was saying were causing a sore feeling in my stomach but I was trying to make something I believed in,” he said.

“It was never easy, and we’d rehearsed and practised what we were going to do hundreds of times, so I did my very best to make sure that I did what was needed.”

Ironically, Hopkins started her speech by thanking Pieters for the trophy and for being nice to her.

“I’m not used to receiving awards, it is strange, and it is strange to hear nice things being said about yourself. You sit there and you think, 'wait a minute they’re saying that about me?'” she said.

Pieters said he consulted a lawyer throughout the production process. “No response from her but on the night she did sign a full release form saying she’s happy being filmed and published wherever. So I’m not sure what she could sue me for but I’ll wait and see,” he said.

“I tried to censor the video as much as I could. I don’t think there’s any swearing in it. It’s merely just her saying bad things. So far so good, so hopefully it will be OK,” he said.

Pieters emigrated to London four years ago but said: “I always come back. My family all live in Knysna or some of them live in Cape Town, so I always go back in December.

“SA is definitely still my favourite place in the world, especially Knysna.”

According to Pieters he is not SA’s biggest YouTuber. “I wouldn’t go that far, there’s another one who was my best friend at school [Oakhill in Knysna] and still is my best friend, called Caspar Lee, who you might have heard of,” he said.

Pieters started making YouTube videos in 2015 but last year he decided to take his channel forward with a different vision.

“I started making, I suppose you could say, videos that I would enjoy watching as opposed to more what I thought an audience would have wanted to watch,” he said.

“We did a video where we listed the microwave in my kitchen as a restaurant on Deliveroo and then sold ready-meals.”

He said the Hopkins film is the benchmark for the type of videos he wants to keep making. “This is something that obviously worked incredibly well, and it’s not always going to work this well,” he said.

“A lot of things have to go the right way. There’s going to be a lot of times when you try to do this thing and fail, but so far so good. And long may it continue.”

New Year’s resolutions can be a pain if you don’t follow them through.
SebenzaLIVE
2 years ago

Twitter’s first gentleman, Azola Mlota, has been nominated as one of the 100 most influential young South Africans by Avance Media.
Entertainment
2 years ago
Next Article