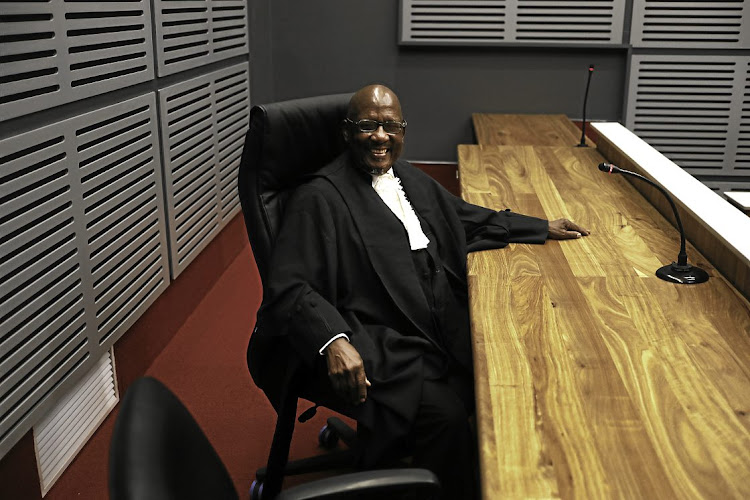 "We have a job to do and we will do it. We owe it the people of this country," SIU special tribunal head judge Gidfonia Makhanya told the Sunday Times in December 2019.
Image: Alon Skuy

The Special Investigating Unit (SIU) special tribunal established by President Cyril Ramaphosa to claw back looted money will bring an urgent preservation order application against the former head of the office of the state attorney in Johannesburg on Tuesday.

The application against Kgosi Lekabe will be heard at the tribunal's seat at the Booysens magistrate's court.

"The matter stems from an investigation by the SIU into several allegations of irregularities within the office of the state attorney, estimated at R34m," said tribunal spokesperson Selby Makgotho.

The tribunal is seeking an order preventing Lekabe's funds from being released by the Government Employees Pension Fund (GEPF), pending the finalisation of  proceedings against him.

Lekabe has since resigned from his position as head of the office of the state attorney in Johannesburg.

President Ramaphosa established the tribunal in early 2019 to bolster the government’s fight against corruption, fraud and illicit money flows.

"This tribunal is a swift mechanism to claw back every cent that was stolen from the fiscus. The era of impunity is behind us," said justice and correctional services minister Ronald Lamola in September 2019.

"The establishment of the tribunal gives effect to the president’s Sona [state of the nation address] undertaking to have a special tribunal operating within three months."

The tribunal is chaired by judge Gidfonia Mlindelwa Makhanya, supported by seven other judges.

An owner and nine officials from two privately owned vehicle-testing stations have been arrested in Limpopo on allegations that they fraudulently ...
News
1 year ago

Scores of Lepelle Northern Water employees were this morning barred from entering the offices as the Special Investigating Unit (SIU) raided the ...
News
1 year ago
Next Article