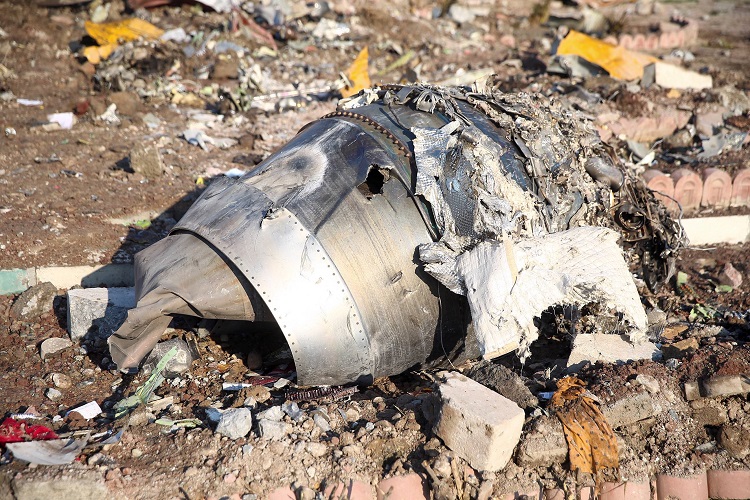 Debris of a plane belonging to Ukraine International Airlines, that crashed after taking off from Iran's Imam Khomeini airport, is seen on the outskirts of Tehran, Iran.
Image: Nazanin Tabatabaee / WANA

Ukraine will test the airworthiness of its entire civilian fleet of aircraft following the crash of a Ukrainian airliner in Iran, President Volodymyr Zelenskiy said on Wednesday in a statement.

He also instructed his prosecutor general to open criminal proceedings - without specifying who they would involve - and said a commission should be set up to investigate the causes of the crash.