Man falls asleep after inviting woman for a booty call, so she 'set his house on fire'

A woman has been accused of torching a man's house after he invited her over for a booty call and then fell asleep.

NJ.com reports that Taija Russell was arrested on Tuesday and charged with attempted murder and aggravated arson in the August 4 blaze in Woodbury, Minnesota, which left the man with first- and second-degree burns.

According to USA Today, police said Russell “sent a series of angry texts to the slumbering resident, before buying lighter fluid, matches and a lighter” at a nearby petrol station at about 4am.

She then allegedly lit a fire at the only door to the home.

NJ.com reports that a review of his phone showed eight missed calls from Russell, police said, along with text messages, in which she wrote: “You wasted my money to come out here,” “U smoked,” “I see you wanna die,” and “I swear to god I hope you die.”

Police said the man, who hasn't been named, escaped by removing a window frame and climbing through the opening, according to USA Today. 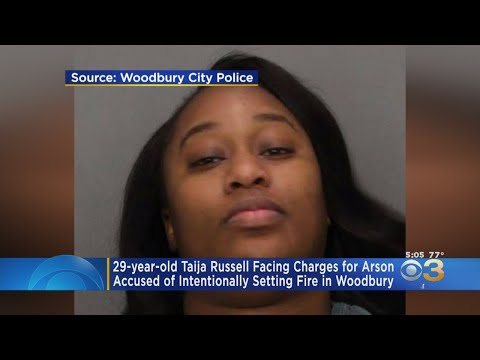