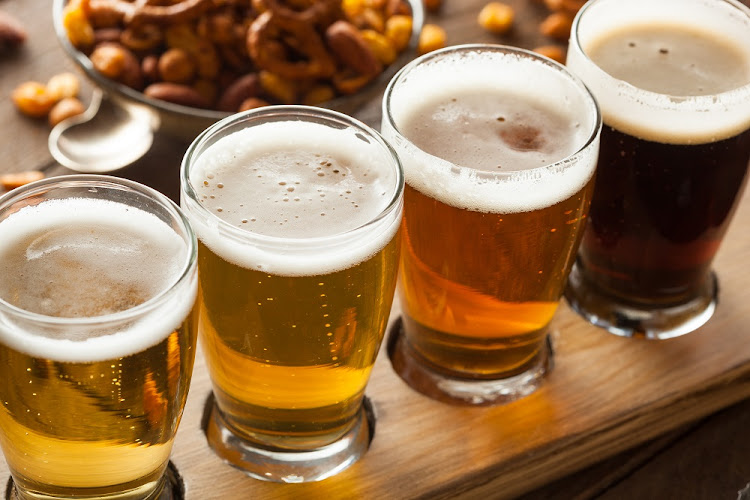 Bottles featuring busty blondes, raunchy taglines and lewd labels were banned from one of Britain's biggest beer festivals on Wednesday in a crackdown on sexist advertising.

The Campaign for Real Ale (CAMRA), a consumer organisation that runs the Great British Beer Festival each August, said they had refused to stock sexist beers at their flagship event for years, but had now gone public with their decision.

The group said they did so to hold themselves to account and to send a message about sexist sales tactics.

"It's hard to understand why some brewers would actively choose to alienate the vast majority of their potential customers with material likely to only appeal to a tiny and shrinking percentage," said CAMRA director Abigail Newton.

"Beer is not a man's drink or a woman's drink, it is a drink for everyone. There is a huge amount of work that needs to be done to overcome outdated stereotypes," she said in a statement.

A Cape Town laundromat owned by Madame Zingara is “strictly for dirty laundry only” but it recently got too down and dirty and landed in hot water ...
News
7 years ago

A South African beer company, Vale Bru, was criticised last year when it launched a new range of beers including Filthy Brunette, Easy Blonde, and Ripe Redhead. One marketing tagline read: "All your friends have already had her".

More than two in three British women said they would not buy beers that carried sexist advertising, according to a YouGov survey of more than 2,000 women in July commissioned by CAMRA.

The CAMRA ban is part of wider move against gender stereotyping to sell consumer goods.

German luxury carmaker Audi AG came under fire in 2017 from consumers in China for an advert that compared buying a second-hand car to checking out a bride-to-be.

Doritos believes it is for the bold and it seems so are its ads.
News
3 years ago

That same year, Swedish furniture retailer IKEA withdrew a TV advert in China featuring a mother who threatened to disown her unmarried daughter after it was deemed sexist.

British retailer Marks and Spencer in November drew criticism for a window display juxtaposing men in suits and women in knickers.

Since the #MeToo movement, women have challenged widespread sexism and discrimination at work, in homes and advertising.

Britain in June banned all advertising that featured a depiction of gender roles that could cause offence or harm, such as women who cannot park cars or men who struggle to change a nappy in a crackdown on gender stereotypes.

A former senior manager at the Department of Environmental Affairs, who resigned following allegations of sexual harassment by eight employees, is ...
News
4 years ago

TEAZERS has been ordered to immediately remove a giant billboard in Johannesburg featuring the torso of a woman wearing a blue bra with thumbs-up ...
News
5 years ago