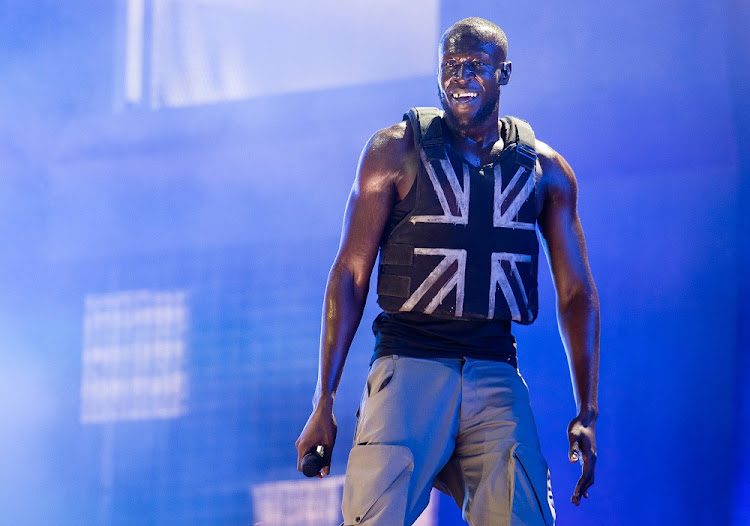 A Union Jack emblazoned stab-proof vest worn by British rapper Stormzy for his history-making headline performance at the Glastonbury Music Festival was designed by Banksy, the street artist said on his official Instagram account.

Stormzy — the first black British solo performer to take top-billing at the famous festival — delivered a politically charged show that highlighted the inequalities he said were faced by young black people in urban Britain.

The stab-vest and crime stats flashing up on screens were references to increased levels of knife crime in London, where the 25-year-old rapper was born, and other British cities.

The capital’s crime rate has recently been highlighted by U.S. President Donald Trump, who has clashed with London Mayor Sadiq Khan on Twitter.

Banksy, the anonymous street artist who comes from Bristol, 25 miles from the festival in southwest England, said: “I made a customised stab-proof vest and thought — who could possibly wear this?“ Stormzy’s performance was hailed as a defining moment for British rap by tens of thousands of fans, political leaders and other artists, including previous headliners Ed Sheeran and Adele.

“Stormzy just monumentally headlined Glastonbury in his own right with one album!!,” Adele said. Opposition Labour leader Jeremy Corbyn, who spoke at Glastonbury in 2017, said the performance was political and iconic.

“It won’t just go down in Glastonbury history — it’ll go down in our country’s cultural history,” he said.