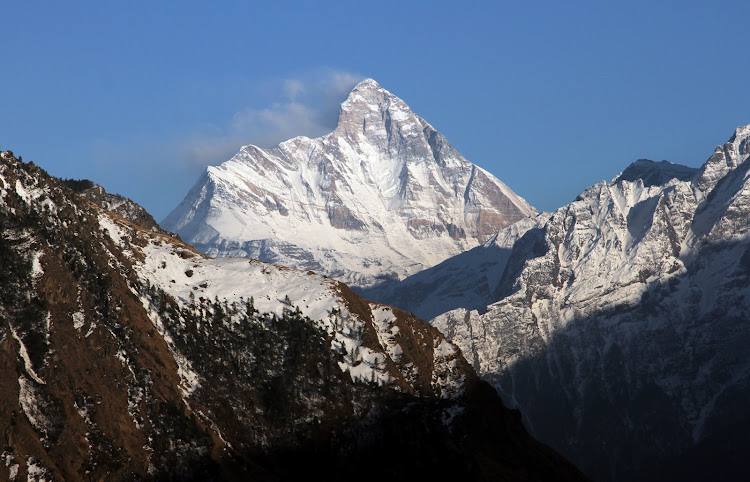 Two Indian air force helicopters conducted reconnaissance missions around the Nanda Devi mountain in the Himalayas for eight missing climbers without success on Sunday and survivors are unlikely to be found, two state government officials said.

The rescue effort for the climbers - four from Britain, two from the United States, and one each from Australia and India - began on Saturday when they did not return to their base camp on Friday, but it may take days to trek to the avalanche-hit area where they were last known to have been.

The second aerial mission concluded after tracing the climbers "last-known location and footmarks" on the other side of the Nanda Devi East Peak, said Vijay Kumar Jogdande, the top civil servant in the Pithoragarh district of India's rugged state of Uttarakhand.

The first helicopter reconnaissance earlier in the day had spotted tents but no human presence.

"Chances of survival are bleak," said Jogdande and confirmed there had been an avalanche that is feared to have caught the climbers in the area around India's second-highest peak.

A team of 10 to 15 rescuers, comprising police, disaster response personnel and administrators has also been sent out to track down survivors, said Tripti Bhatt, an official of the Uttarakhand State Disaster Response Force (SDRF).

Nine people have died on the Nepalese side of Mount Everest so far this year, the most during a climbing season on the peak since a deadly earthquake ...
News
2 years ago

But the casualty rate in the region is almost five times higher than on Mount Everest, the world's tallest peak, and the rescuers would need at least three or four days of walking to get to the avalanche site, officials said.

"The route is extremely dangerous and risky. There have been multiple avalanches on the route," Jogdande said.

The district magistrates's office in the area has identified the eight missing as Martin Moran, John Mclaren, Rupert Whewell and Richard Payne (all from Britain), Anthony Sudekum and Ronald Beimel from the United States, Ruth McCance from Australia, and Chetan Pandey of the Indian Mountaineering Foundation. Moran was the expedition leader and Pandey the liaison officer.

Jogdande said there will be another aerial survey on Monday. Only if "any evidence is found" that the climbers may have survived will the rescue mission by foot, currently at the base camp, proceed towards the direction identified by air.

He added that the weather conditions were difficult and the terrain too risky and vast for the on-foot team to look for the climbers without a very specific idea of where they were.

The climbers went missing on the Indian side of the Himalayas near the end of a climbing season that has been particularly deadly.

McCance's husband Trent Goldsack told Australia's The Age newspaper that the climb "wasn't about ticking a box" for the executive coach. "She has a real passion for the mountains and being out in wild environments. And she likes to extend herself ... that's what was important to her," he was quoted as saying.

At least nine people have died on the Nepalese side of Mount Everest this year, the deadliest climbing season on the peak since 2015.

Other climbers in the group who turned back earlier notified officials late on Friday when their colleagues did not return as planned, Sanjay Gunjiyal, a police official in the SDRF, told Reuters.

The second helicopter located the four and brought them to the district headquarters. They are undergoing medical examinations to ascertain their health and well-being, officials said.

The team had trekked into the heart of the Nanda Devi sanctuary with the "ambition of summiting a virgin peak", British adventure company Moran Mountain, which ran the expedition, said in a Facebook post on May 12.

In a Facebook post on Sunday, the company said it was working with authorities and the British Association of Mountain Guides to gather information about the expedition's fate, but would make no further comment.