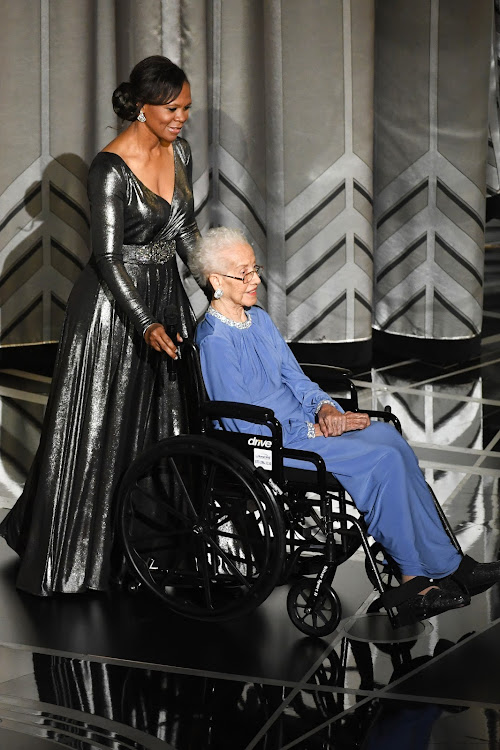 A South African university has honoured iconic African-American mathematician Katherine Johnson with an honorary doctorate degree. Johnson, whose true life story was captured in the popular book and film Hidden Figures, received the honour from the University of Johannesburg (UJ) on Monday afternoon.

Executive dean of the Faculty of Science at UJ Professor Debra Meyer said Johnson had paved a way for young black women through her sterling work as a human computer at the National Aeronautics and Space Administration (Nasa). Johnson is celebrated for her mathematical calculations which helped the US send the men into space and eventually the moon.

"Ms Johnson paved the way for young women, in particular black women, to work and excel in STEM fields and she did this in a time when segregation was the norm, and the deliberate exclusion of black people from intellectual pursuits, the order of the day," Meyer said.

"Katherine Johnson’s mathematics talent and computer skills gave the United States of America the edge in winning the space race.”

Meyer said the award would be received by Johnson’s daughters on her behalf.

Johnson, who turns 100 years old this year, attended the West Virginia High School at the age of 14 years and obtained a BSc degree in French and mathematics from West Virginia State University in 1937, becoming one of the first blacks at the university to enrol in a mathematics programme at that institution.

“Mrs Johnson, who was one of the inspirations behind the novel and film Hidden Figures, throughout her career demonstrated distinguished achievement which is in line with the university’s vision, mission and values. UJ and the Faculty of Science in particular are greatly honoured to confer the degree of Philosophiae Doctor Honoris causa upon her,” Meyer said.

SA is alive with innovation