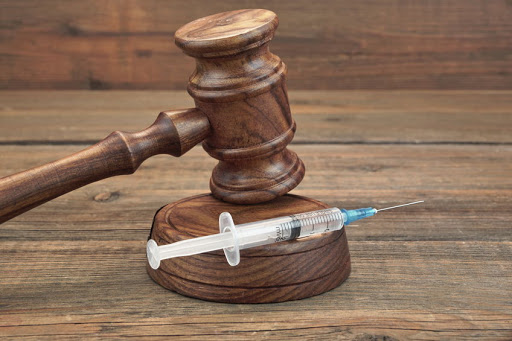 John William King was executed for the dragging to death of a black man.
Image: 123RF/Alexei Novikov

A white supremacist convicted of killing James Byrd Jr. in 1998 by dragging the 49-year-old black man behind a truck in one of the most notorious U.S. hate crimes of modern times was executed in Texas on Wednesday.

John William "Bill" King, 44, was put to death by lethal injection and pronounced dead at 7:08 p.m. (0008 GMT Thursday) at the state’s death chamber in Huntsville, the Texas Department of Criminal Justice said in a statement.

The department said King wrote a last statement that read: "Capital Punishment: Them without the capital get the punishment."

King, along with Shawn Berry and Lawrence Brewer, was accused of kidnapping Byrd while he hitchhiked in Jasper, Texas, on June 7, 1998.

Prosecutors said the men dragged him behind their 1982 Ford pickup truck for 3 miles (5 km) before dumping his body in front of an African-American church. A "KKK" engraved lighter was among the evidence police found at the scene, court documents showed.

Texas has executed a white supremacist for his role in the racially motivated dragging death of James Byrd Jr Byrd was killed in Jasper in ...
News
10 years ago

Brewer, also a white supremacist, was executed in 2011. Berry was sentenced to life in prison for the crime.

King always maintained his innocence, saying that he left the two other men before Byrd was killed.

The gruesome killing spurred the passing of the James Byrd Jr. Hate Crimes Act, strengthening punishments for hate crimes in Texas. The murder, along with that of Matthew Shepard, a gay University of Wyoming student who was beaten and left to die tied to a fence, was also the genesis of the federal hate crimes prevention act passed in 2009.

Byrd's sister Carla Taylor read from a family statement after she, another of his sisters and his niece witnessed the execution.

King's "execution tonight was just punishment for his actions," she said, noting that Byrd had three children and four grandchildren. "James' legacy continues to be of peace and nonviolence."

King was found guilty of capital murder and sentenced to death in 1999. He was a member of a white supremacist gang and spoke of starting a race war while in prison for a previous crime. He also talked about initiating new members by having them kidnap and murder black people, court documents showed.

King was the third inmate in Texas and the fourth in the United States to be executed in 2019, according to the Death Penalty Information Center.