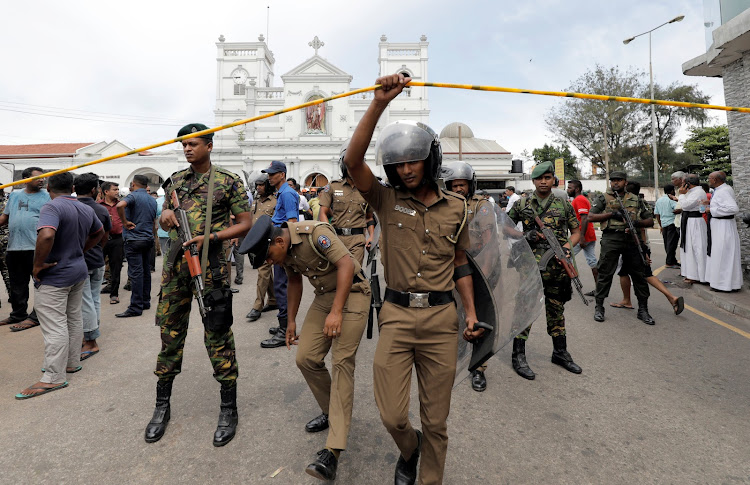 Seven people were arrested and three police officers were killed during a raid on a house in Colombo on Sunday as the death toll from a rash of bombings at churches and hotels in Sri Lanka rose past 200, police and local media said.

"Altogether we have information of 207 dead from all hospitals. According to the information as of now we have 450 injured people admitted to hospitals," police spokesperson Ruwan Gunasekera told reporters in Colombo.

Further details of the raid on the house in the Sri Lankan capital were not immediately available.

The eight explosions, some of which officials said were suicide bomb attacks, led to an immediate clampdown, with the government blocking access to major social media and messaging sites, including Facebook and WhatsApp.

Prime minister Ranil Wickremesinghe condemned the attacks - the worst act of violence since the end of Sri Lanka's civil war a decade ago - as "cowardly", as the government imposed an immediate and indefinite curfew across the entire country of 21 million people.

At least two of the explosions were carried out by suicide bombers, according to police sources and a hotel official, and police spokesperson Ruwan Gunasekera said the authorities were investigating whether suicide attackers were involved in all eight of them.