Man falls to his death at Grand Canyon 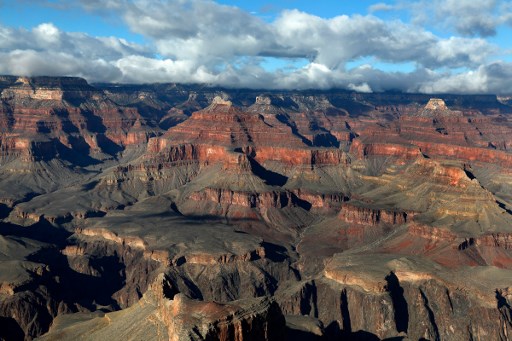 A 67-year-old man died after falling off the edge of the Grand Canyon, the third fatality at the famous Arizona tourist destination in the last two weeks, officials said Thursday.

The man fell on Wednesday at a viewing point on the South Rim in Grand Canyon Village and was apparently by himself, Grand Canyon National Park officials said.

Another visitor sounded the alarm and the man's body was recovered about 400 feet below the rim by a helicopter and rescue team.

Officials did not release the man's identity but news reports said he was from California and his death was being ruled as accidental.

He was the third person to die at the Grand Canyon in the past two weeks.

On March 26, a body was discovered in a wooded area away from the rim. The identity of the victim has not been released and the cause of death is being investigated.

Two days later on March 28, a 50-year-old tourist from Hong Kong stumbled and fell to his death while trying to take pictures at an overlook.

Park officials urged visitors on Thursday to stay on designated trails and walkways and to keep a safe distance from the edge of the rim.

The Grand Canyon is one of the top tourist destinations in the United States, attracting more than six million visitors a year.

SA Tourism CEO Sisa Ntshona has been placed on “precautionary suspension” after the organisation received a tip-off on its anonymous reporting line.
News
3 years ago