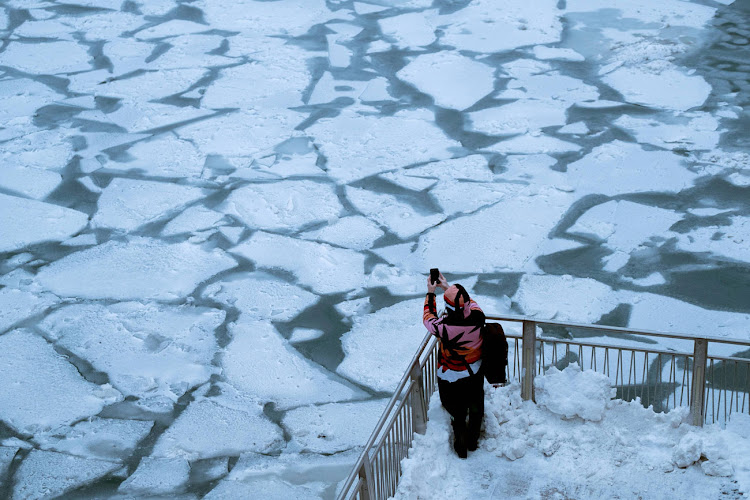 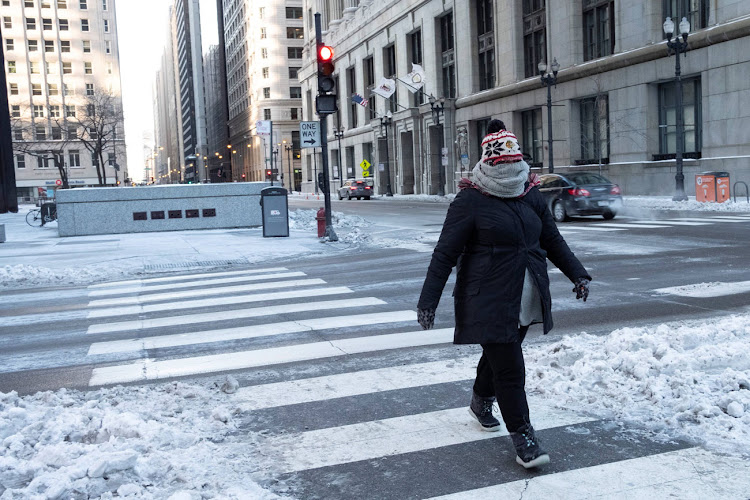 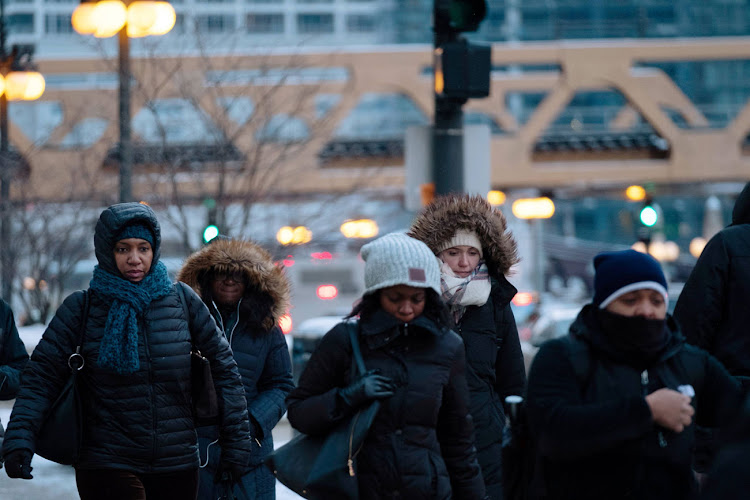 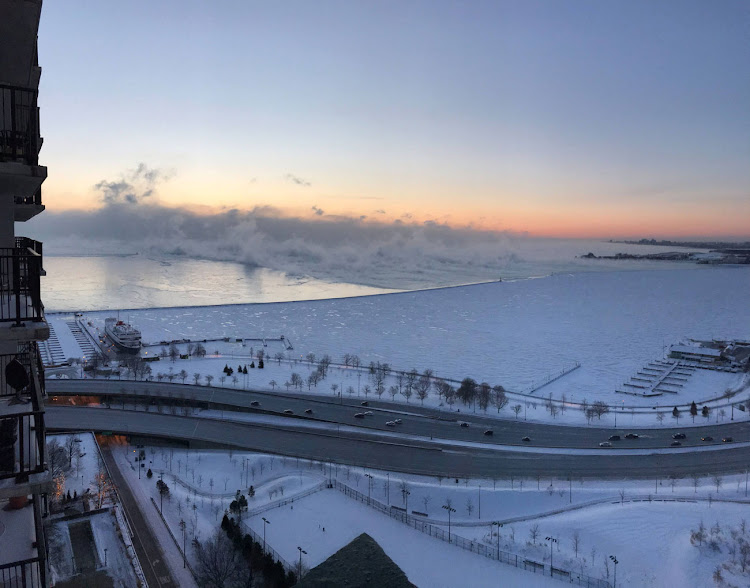 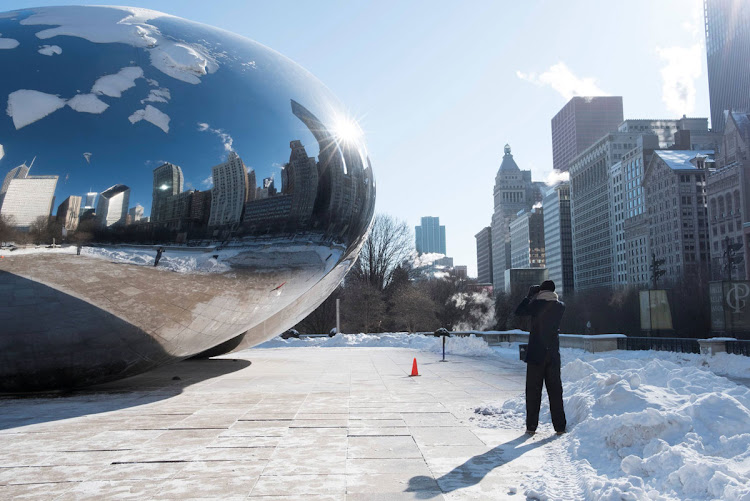 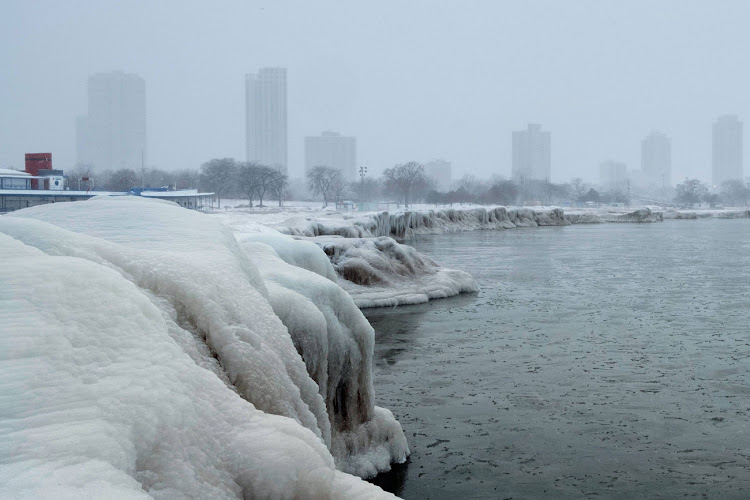 A blast of Arctic air from the polar vortex brought dangerous, bone-chilling cold to a wide swath of the United States on Tuesday, stretching from the Dakotas through Maine, with snow expected as far south as Alabama and Georgia.

The Midwest was the hardest-hit region, as temperatures plunged below zero Fahrenheit (minus 18 degrees Celsius). By nightfall the mercury was hovering at 0F in Chicago, 7F (minus 14C) in Detroit and minus 21f (minus 29C) in Minneapolis.

The brutal blast known as the polar vortex is a stream of cold air that spins around the stratosphere over the North Pole, but whose current has been disrupted and is now pushing south into the United States.

The #PolarVortex is here and freezing everything in sight pic.twitter.com/2rSSvwblrp

Officials warned Chicago residents, accustomed to chilling winters, to expect an unusually deep and dangerous freeze. Even the city's supply of its signature deep-dish pizza was affected: The Lou Malnati's chain announced it would stop taking delivery orders at 8 p.m. on Tuesday.

"This could possibly be history-making," said Ricky Castro, a National Weather Service meteorologist in Romeoville, Illinois.

As much as two feet (60 cm) of snow was forecast in Wisconsin, and six inches (15 cm) in Illinois. Snow was expected through Wednesday from the Great Lakes region into New England.

Some Chicago residents found warmth inside the Harold Washington Library Center, which planned to stay open on Wednesday.

Gilbert Rothschild, 79, walked through a corridor wearing three sweaters and an undershirt underneath his parka. "The more layers, the more you're insulated," he said.

Rothschild, the president of a liquor retailer, said he planned on keeping his stores open on Wednesday, figuring customers who were not working might want to pick up something to keep them feeling warm at home.

Many Midwest cities opened warming shelters. Regional governments closed hundreds of schools and airlines canceled more than 2,000 flights, according to the Flightaware flight tracking website. Many had been destined for Atlanta, where the National Football League's Super Bowl will take place on Sunday.

Amy Patterson, a vice president at the Atlanta Super Bowl Host Committee, said there would still be time for fans to fly to Atlanta for the game, with the National Weather Service forecasting a high of a balmy 58F (14C) on Sunday.

A low of minus 10F (minus 23C) was forecast in Chicago and elsewhere in northern Illinois on Wednesday. But with the wind chill factored in, temperatures will feel as low as minus 50F (minus 46C) through Thursday, the National Weather Service reported.

Temperatures could reach lows of minus 30F to minus 40F (minus 34C to minus 40C) in parts of the Northern Plains and Great Lakes on Wednesday, the NWS said.

The freezing weather may have killed a man in Rochester, Minnesota, who was found dead outside his home on Sunday, according to a report by WCCO, a local CBS affiliate. Rochester police officials did not respond to a request for comment.

Jim Hayes, a National Weather Service meteorologist, warned that frostbite was possible within 10 minutes in the intense cold.

That's how cold it is #PolarVortex

For many across the region, life ground to a halt.

In Chicago, home to the nation's third-largest school system, officials plan to cancel classes for all 360,000 students on Wednesday due to the weather. Detroit also said all public schools would close, and Michigan State University said it would suspend classes, only the seventh time it has done so because of weather since 1855.

The Chicago Zoological Society said it would shut Brookfield Zoo for only the fourth time in its 85-year history on Tuesday and Wednesday.

According to the National Weather Service, the coldest recorded temperature in Chicago was minus 27 degrees (minus 33C) on Jan. 20, 1985.

In Georgia, Governor Brian Kemp shut government offices in 35 counties on Tuesday, and schools across parts of the state were also closed.

In Fargo, North Dakota, where the temperature dropped to minus 24F (minus 31C), Dan Hallock, an advertising executive, marveled that people were still working outside as he bought coffee.

"The garbage men of Fargo have my utmost respect," he said.