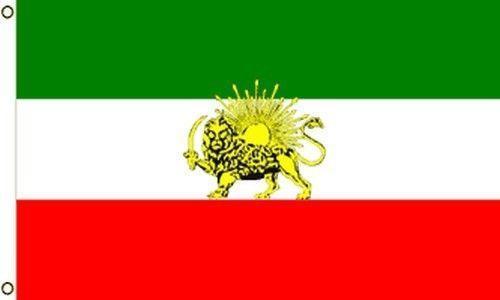 The Sunni jihadist group Ansar al-Furqan is said to have claimed responsibility for the deadly blast.
Image: Supplied

At least three people died and 24 others were injured in a suicide car bomb attack on the police headquarters in Iran's southeast on Thursday, state media reported, adding that the perpetrator was killed.

Television also reported shooting in the area, located in the region of Sistan-Baluchestan, which is home to a Sunni Muslim minority in the largely Shi'ite country and has long been plagued by violence from both drug smugglers and separatists.

An official told Iranian television that "the terrorist who carried out the attack was killed". He did not elaborate.

The state news agency IRNA said some 24 people had been wounded.

While authorities said there was no immediate claim of responsibility, IRNA reported that the Sunni jihadist group Ansar al-Furqan had said it carried out the attack.

Videos posted on Twitter, purportedly from Chabahar, showed thick smoke rising from the area. Reuters could not verify their authenticity.

"Police stopped the explosive-laden car and started firing at the driver ... who then set off the explosion near the police headquarters in Chabahar," said Bameri.

Suicide bombings are rare in Iran, but Sunni militant groups have carried out several attacks on Iranian security forces in the Sistan-Baluchestan province in recent years.

Iran has stepped up security in border areas after gunmen in September fired at a military parade in the southwestern city of Ahvaz, killing 25 people, almost half of them members of the elite Revolutionary Guards corps.

A suicide bomber in Pakistan killed at least 70 people and wounded more than 100 on Monday in an attack on mourners gathered at a hospital in the ...
News
5 years ago

Last year, in the first deadly assault claimed by Islamic State in Tehran, 18 people were killed at the parliament and mausoleum of Ayatollah Ruhollah Khomeini, founder of the Islamic Republic.

Jaish al-Adl (Army of Justice), a Sunni militant group that has carried out several attacks on Iranian security forces, mainly in Sistan-Baluchestan, claimed responsibility for an attack in 2017 that killed 10 border guards near Pakistan.

In 2010, two suicide bombers killed at least 28 people, including some of Revolutionary Guards, at a Shi'ite mosque in southeast Iran, an attack Iranian leaders said was backed by the United States.

The attack was claimed by a Sunni separatist group called Jundullah (Soldiers of God).

Tehran accuses its Sunni-led regional rival Saudi Arabia and the United States of funding most of these groups, a charge that Riyadh and Washington deny.

"In 2010, our security services intercepted & captured extremists en route from UAE. Mark my words: Iran WILL bring terrorists & their masters to justice."

Iran also says that militant groups are sheltering across the border in Pakistan and has threatened to attack their bases if Islamabad does not confront them.

Chabahar is a free trade zone and the site of an Indian-backed port complex being developed as part of a new transportation corridor for landlocked Afghanistan.