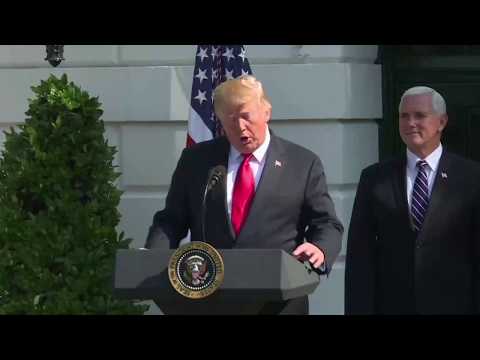 U.S President Donald Trump said Saturday he was not considering extraditing a U.S.-based Muslim cleric to Turkey as part of an effort to ease pressure on Saudi Arabia.

"No, it's not under consideration," Trump told reporters when asked about potential extradition of Fethullah Gulen, who is wanted in Turkey over accusations he was involved in a failed 2016 coup.

NBC News reported Thursday the Trump administration had explored whether it could extradite Gulen, as a way to persuade Turkish President Tayyip Erdogan to ease pressure on Saudi Arabia over the killing of journalist Jamal Khashoggi in the Saudi consulate in Istanbul last month.

Trump has sought closer ties with Saudi Arabia, citing Riyadh's role in countering Iranian influence in the region, and billions of dollars in potential arms deals.

The Justice Department had denied on Friday the matter had been discussed.

On Saturday, Trump said he got along well with Erdogan, and spoke of a desire to improve relations with Turkey. He also described Saudi Arabia as "a truly spectacular ally in terms of jobs and economic development."