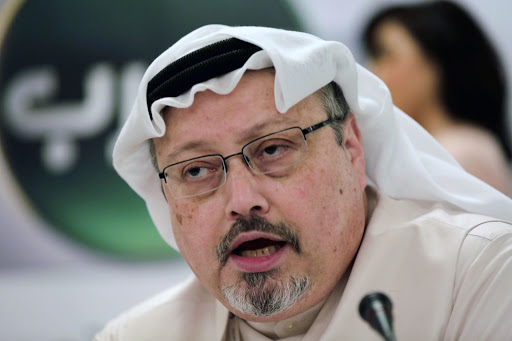 Saudi Arabia’s public prosecutor is seeking the death penalty for five of the 11 people it has charged over the murder of Jamal Khashoggi, in a case that has drawn a barrage of criticism of the kingdom and strained ties with the U.S.

Riyadh released more details Thursday about how Mr. Khashoggi, a government critic, was killed inside Saudi Arabia’s consulate in Istanbul on Oct. 2 by a team of operatives sent from Riyadh, an incident that has provoked a global uproar against the kingdom.

Saudi Arabia launched its own investigation into the killing of Mr. Khashoggi.

A spokesman for Saudi Arabia’s public prosecutor, Shalan al-Shalan, on Thursday didn’t name the 11 people charged and said another 10 people remain under investigation.

All of them are in custody. The five people who face the death penalty confessed to their involvement in the killing.

The Saudi government has repeatedly said the crown prince had no knowledge of the operation, even though two of his closest aides are suspected of having been involved.

Since Mr. Khashoggi’s disappearance, Turkish officials have said the journalist was tricked into entering the Saudi consulate in Istanbul last month and murdered, his body cut into pieces.

The official Saudi version of events has changed over time. Initially, Saudi authorities denied government employees played any role in Mr. Khashoggi’s disappearance, claiming the journalist left the consulate shortly after he entered it.

Then, on Oct. 20, the Saudi government for the first time acknowledged Mr. Khashoggi was killed inside the consulate, citing the results of a preliminary investigation.

The Saudi government on Thursday offered its most complete version of events so far. Riyadh said the operation was ordered on Sept. 29 by Maj. Gen. Assiri, the then-deputy head of intelligence, who assembled a team tasked with returning Mr. Khashoggi to the kingdom.

Mr. Khashoggi, who had been living in self-imposed exile in the U.S. since last year, was seen as a threat to national security.

The order was to return him voluntarily or by force, according to the spokesman for Saudi Arabia’s public prosecutor.

The team of 15 people included people in charge of logistics, intelligence and negotiations aimed at persuading Mr. Khashoggi to return.

Mr. Qahtani, the crown prince’s media adviser, was involved in coordinating possible negotiations with the journalist, the spokesman of the public prosecutor said, referring to him by his previous role.

Mr. Qahtani is under investigation and banned from traveling outside the country. The public prosecutor’s spokesman suggested there was no top-down order to kill Mr. Khashoggi, an apparent attempt to further insulate the country’s leadership from the murder.

Instead, he said there are indications the team leader on the ground in Istanbul prepared for a possible execution.

The team of operatives included a forensics expert responsible for covering up evidence in the event force had to be used against Mr. Khashoggi, the public prosecutor’s spokesman said.

After Mr. Khashoggi entered the consulate, the team leader on the ground concluded the journalist couldn’t be persuaded to return and had to be killed.

The execution involved restraining the journalist and injecting him with a tranquilizer that led to his death by overdose.

The body was dismembered in the consulate and the remains handed over to a local associate, according to the public prosecutor’s office.

The team on the ground then submitted a false report to Gen. Assiri saying Mr. Khashoggi left the consulate after negotiations failed.

Turkey’s Foreign Minister Mevlut Cavusoglu said he was “not satisfied” with some of the explanations offered by the Saudi prosecutor, adding that Saudi Arabia must reveal who actually gave the order for Mr. Khashoggi’s killing.

Mr. Cavusoglu also disagreed with the Saudi prosecutor’s narrative that Mr. Khashoggi’s murder was decided on the ground.

“It was not a momentary decision to dismember this body, it was pre-planned,” Mr. Cavusoglu said.

“Necessary equipment was brought beforehand. It was planned how he will be killed and dismembered.”

Turkey has previously demanded to know the identity of the local associate who Saudi investigators say helped dispose of Mr. Khashoggi’s body.

It has also urged the kingdom to reveal the location of the body and to turn over suspects in the case to Turkey for prosecution.