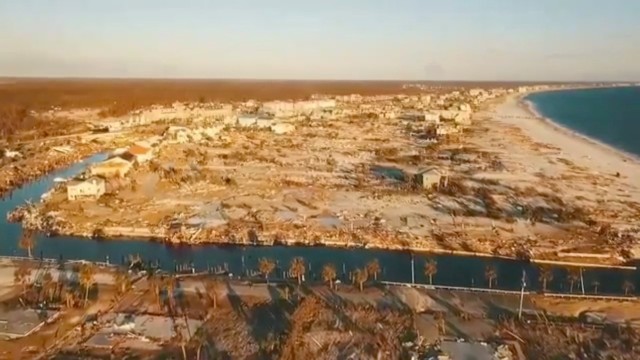 Rescue teams searched ravaged areas of Florida's Panhandle on Tuesday for hundreds of people reported missing nearly a week after Hurricane Michael flattened communities in the region and killed at least 27.

Matthew Marchetti, co-founder of Houston-based CrowdSource Rescue, which had hundreds of volunteers on the ground, said he expects the death toll to rise as phone service is restored and roads are cleared.

"For every one person we have made contact with, there are probably three we haven't," Marchetti said.

Teams from the volunteer organization were searching for more than 1,135 people in Florida who lost contact with friends and family, he said.

Florida officials have not given a number for how many people are considered to be missing.

Debris, downed trees and power lines have hampered access to stranded people, but CrowdSource said a number of its missing person reports resulted from widespread phone and power outages.

The death toll includes 17 in Florida, one in Georgia, three in North Carolina and six in Virginia, according to a Reuters tally of official reports.

Officials said medical examiners were determining whether another four deaths in Florida were due to the storm.

Michael slammed into the northwest coastal strip of Florida last Wednesday with top sustained winds of 155 miles per hour (250 km per hour), unleashing a surge of seawater that demolished homes.

In Mexico Beach, which took a direct hit, some residents who returned to survey the damage made some startling discoveries.

The storm shoved the top floor of Charles and Janice Anderson's vacation home hundreds of yards from its foundation - with the living room intact and a stuffed marlin still hanging on the wall.

Most of those missing are from Panama City and many are elderly, disabled, impoverished, or live alone, Marchetti said.

"The hardest hit in disasters are generally our most vulnerable populations," he said.

In nearby Mexico Beach, the number of people missing dropped to three on Tuesday, said Rex Putnal, a city councillor.

A day earlier, it was more than 30. The town of 1,200 residents had reported two fatalities as of Monday.

"It's miraculous if all we have is two fatalities," said Mexico Beach Mayor Al Cathey.

Nearly 190,000 homes and businesses remained without power in the U.S. Southeast, with residents of battered coastal towns forced to cook on fires and barbecue grills.

At least 80 percent of customers in three mainly rural Panhandle counties were without electricity on Tuesday. Officials said it could be weeks before power returns to some.

Countless others in the region's backcountry have struggled for days without running water or sanitation, awaiting help from authorities.

Some have been camping in tents with the belongings they were able to salvage.

Marchetti said the search has been hampered by spotty cell phone coverage in the devastated area, though authorities are making progress in restoring communications.

Many residents have also expressed frustration at the slow pace of recovery of wireless networks.