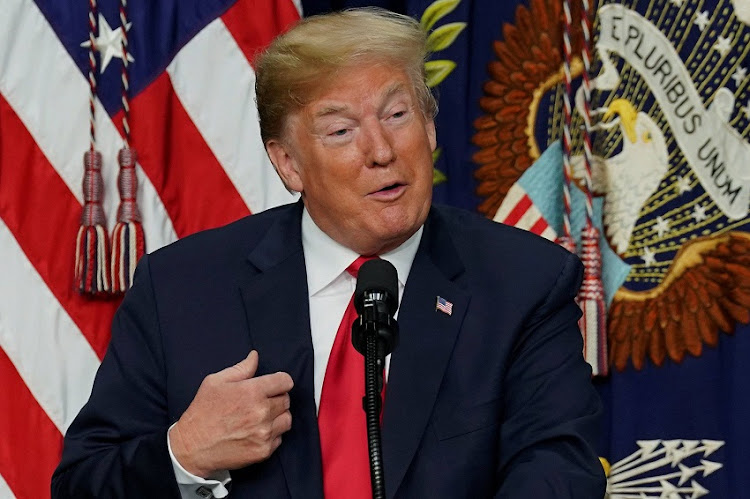 Weighing in even as a Virginia jury deliberates for a second day, U.S. President Donald Trump on Friday called the bank and tax fraud trial of his former campaign chairman Paul Manafort "very sad" and described the defendant as a "very good person."

Manafort's trial in federal court in Alexandria is the first stemming from Special Counsel Robert Mueller's 15-month-old investigation of Russia's role in the 2016 U.S. election.

U.S. District Judge T.S. Ellis, presiding over the case, said he personally had received threats related to the trial and was being protected by U.S. marshals. The judge also rejected a motion by some news organizations to make public the names of the jurors, saying he was concerned about the jury's "peace and safety."

"I had no idea this case would excite these emotions ... I don't feel right if I release their names," the judge said.

In an indication that the six women and six men of the jury may not reach a verdict on Friday, they sent the judge a note asking that they be permitted to finish their work for the day at 5 p.m. (2100 GMT) because one juror has a social engagement.

In remarks to reporters at the White House, Trump again called Mueller's investigation, which had cast a cloud over his presidency, a "rigged witch hunt," but sidestepped a question about whether he would issue a presidential pardon for Manafort.

"I think the whole Manafort trial is very sad, when you look at what's going on there. I think it's a very sad day for our country," Trump said.

"He worked for me for a very short period of time. But you know what? He happens to be a very good person. And I think it's very sad what they've done to Paul Manafort."

Trump made his comments while the jurors deliberated behind closed doors on Friday morning. The jurors met for about seven hours on Thursday without reaching a verdict on 18 criminal counts with which Manafort is charged.

As president, Trump has the power to pardon Manafort on the federal charges. He has already issued a number of pardons, including for a political ally, former Arizona sheriff Joe Arpaio. Asked by a reporter on Friday if he would pardon Manafort, Trump said, "I don't talk about that now."

The charges largely predate Manafort's five months working on Trump's campaign during a pivotal period in the 2016 presidential race, including three months as campaign chairman.

Manafort, 69, faces five counts of filing false tax returns, four counts of failing to disclose his offshore bank accounts and nine counts of bank fraud. If convicted on all counts, he could spend the rest of his life in prison.

Jurors in the trial are not sequestered but have been instructed not to watch news reports or talk to others about the matter.

It is unusual for a U.S. president to make comments about the character of a defendant in an ongoing trial and criticize the legal proceedings. But it was not the first time Trump has weighed in since the Manafort trial began on July 31. On the first day the jury heard testimony, Trump said Manafort had been treated worse than 1920s gangster Al Capone.

Trump has made previous comments criticizing various federal judges and courts and has been harshly critical of Mueller. On Friday, he accused Mueller of having "a lot of conflicts," but said the special counsel should be allowed to finish a report on Russia's role in the 2016 election.

Prohibitions on jurors reading about a case they are deciding are difficult to enforce in the smartphone era, said Jens David Ohlin, a professor of criminal law at Cornell University.

"We trust jurors to be on their best behavior and wall themselves off but that kind of goes against human nature," Ohlin said.

"I think it was very ill-advised for the president to do this. He should have kept his mouth shut," Ohlin added.

The prosecution could request a mistrial, but such a maneuver was very unlikely, Ohlin said.

Prosecutors accused Manafort of hiding from U.S. tax authorities $16 million in money he earned as a political consultant for pro-Russian politicians in Ukraine to fund an opulent lifestyle and then lying to banks to secure $20 million in loans after his Ukrainian income dried up and he needed cash.

The jury sent a note on Thursday afternoon asking Ellis four questions including one about defining "reasonable doubt." In a criminal case, a jury must find a defendant guilty "beyond a reasonable doubt." (Reporting by Nathan Layne and Karen Freifeld; Additional reporting by Jan Wolfe and Ginger Gibson; Writing by Will Dunham; Editing by Alistair Bell, Toni Reinhold)