Gunman dead after shooting 14, killing one, in Toronto 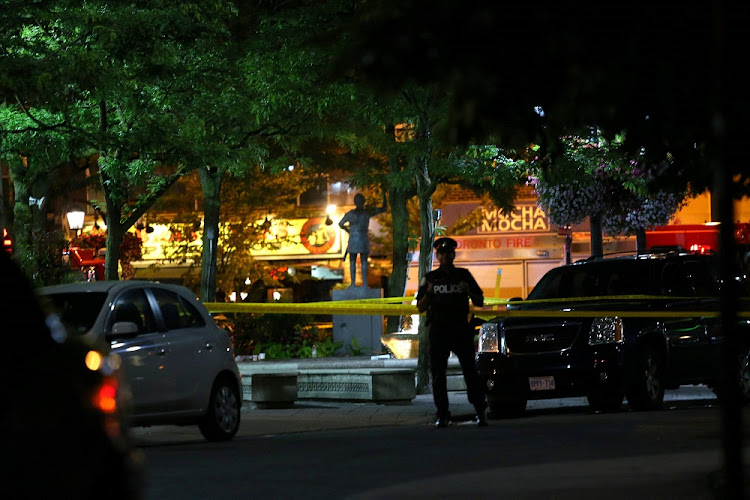 A police officer stands guard at the scene of a mass shooting in Toronto, Canada, July 22, 2018.
Image: REUTERS/Chris Helgren

Fourteen people, including a young girl, were shot near downtown Toronto, police in Canada’s biggest city said on Sunday, with one person killed and the gunman also dead.

The young girl was in a critical condition, Toronto Police Chief Mark Saunders said. “We are looking at all possible motives... and not closing any doors,” Saunders told reporters at the site of the shooting.

Paramedics, firefighters and police converged on the shooting in Toronto’s east end, which has many popular restaurants, cafes and shops.

Eleven people were killed and four others wounded in a night-time massacre on the R74 near Colenso in central KwaZulu-Natal on Saturday.
News
3 years ago

Toronto is grappling with a sharp rise in gun violence this year. Deaths from gun violence in the city jumped 53% to 26 so far in 2018 from the same period last year, police data last week showed, with the number of shootings rising 13 percent.

Toronto deployed about 200 police officers from July 20 in response to the recent spate in shootings, which city officials have blamed on gang violence.