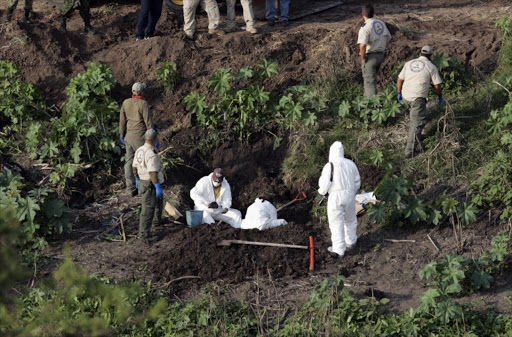 Investigators have so far recovered more than 250 skulls from unmarked graves at a site in an eastern Mexican state where drug gangs long buried their victims with impunity, a senior official in the local government said on Tuesday.

Jorge Winckler, attorney general of the Gulf state of Veracruz, said investigations were still underway to recover corpses hidden by suspected gang members in grounds on the outskirts of the city of Veracruz, Mexico's main Atlantic port.

"So far more than 250 skulls have appeared," he told local television. "Veracruz is an enormous grave. ... By the time they're done opening graves in the state it's going to be the biggest grave in Mexico and maybe one of the biggest in the world."

Investigators had already found remains of bodies at the site, and said there could be a high number buried there.

Winckler, a member of the opposition-led Veracruz administration of Miguel Angel Yunes, who became governor in December, said that for years gangs disappeared victims with the complicity of authorities, hiding the bodies in such graves.

The skulls were uncovered in an investigation started by human rights activists seeking answers over the disappeared.

Veracruz was a notorious hotbed of crime under former governor Javier Duarte, who has been a fugitive since organized crime charges were brought against him in October.

Duarte's former police chief was arrested last month. Violence continues to rage in the state, with 11 bodies found near a tourist area this month.

Mass graves containing the victims of organized crime have bedeviled Mexico's reputation for years, with scores of bodies discovered in separate locations in the north of the country in 2010 and 2011 during an upsurge in drug gang violence.

President Enrique Pena Nieto took office at the end of 2012 pledging to curb the gang violence, but after some early successes, murders began rising again, and last year was the bloodiest under his administration to date.

The disappearance of 43 trainee students in September 2014 stained his record. So far the remains of only one of the youths the government say were murdered by a drug gang working with corrupt police have been definitively identified.