After a perilous journey to Europe, a young migrant learns his fate 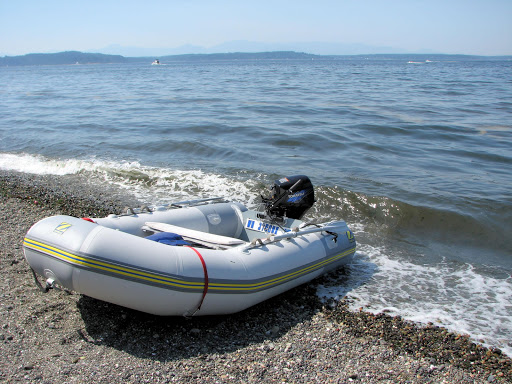 For more than a year, Girmay Mehari dreaded his 18th birthday next February.

The teenager escaped from an Eritrean jail two years ago after he was sentenced to an indefinite term for evading national service or plotting to escape the country. The police never spelled out the charges.

With money his brothers raised in New York and Israel, Girmay smuggled himself across the border, travelled thousands of miles through the Sahara, and made it across the Mediterranean to Italy.

He arrived in Malmo, Sweden's third largest city, in September 2015, one of nearly 35,000 migrant children to settle alone in Sweden that year.

In many ways, the luck that buoyed him through his gruelling journey has endured.

He arrived in Sweden just before Europe's borders slammed shut. Today, he lives with 10 other children in a quiet village called Torekov, in a villa that was once a bed & breakfast. Nearby are the pristine Swedish beaches immortalised in Ingmar Bergman's film, "The Seventh Seal."

The scars on Girmay's skin, from illness and torture he endured in Libya, have largely faded. He has grown about 4 centimeters (1.5 inches) in 12 months and has put on weight, thanks to the Coke he guzzles throughout the day. He has dyed the top of his hair a flaming red and learned a bit of Swedish. But his future long remained uncertain.

When he turns 18 in late February, he will become an adult in the eyes of Swedish law. That change of status, Girmay thought, could hurt his chances of getting asylum.

"I don't have any regrets about coming here," he said in September. "But I would love Sweden a lot more if I had my papers."

Questions kept him up at night. Would he be forced to move to an adult shelter? Could he continue to go to school? And most worrying, would the slow slog of his asylum application grind to a halt the day he becomes an adult?

Girmay was not alone. Uncertainty pervades the lives of most migrants. So many people have sought asylum in Western Europe in recent years that even the most welcoming nations, like Sweden, have tightened their rules.

Nearly two-thirds of the unaccompanied children who came to Sweden in 2015 are still awaiting a decision from the government, according to data from the Swedish Migration Agency. The median asylum-processing time for unaccompanied minors from Afghanistan, Syria and Eritrea - three of the largest groups seeking refuge in Sweden - has increased to nine months in 2016 from under six months in 2015.

The Swedish government says it tries to prioritise cases like Girmay's, where the applicant is about to turn 18. But the results have fallen far short of the goal because of a large increase in the number of applications and complexities of individual cases, said Linn Nilson, a spokeswoman for the Migration Agency.

In Girmay's case, a year elapsed between his first intake interview and a second, more probing one that decided the outcome of his asylum request.

FROM MILAN TO MALMO

Girmay arrived in Sweden when the refugee crisis was convulsing Europe. As many as 153,000 refugees, about a tenth of them unaccompanied children, arrived on Italy's shores last year. Girmay was one of them.

When a rescue boat brought him to Messina, on the northeastern tip of Sicily, in early September, Girmay was emaciated. He had not had a decent meal for months, he said. Sores had erupted on his body from the scabies he contracted in a Libyan jail.

Italian authorities brought him to a refugee camp in Verona for treatment, Girmay said. But worried he would be forcibly fingerprinted, he snuck out of the camp with his friend. That day, the two teenagers ran into a Nigerian woman who took them in, fed them, and lent them her phone.

Girmay called his older brother, Habtay, in Tel Aviv, who then reached out to another brother, Tesfom, in Albany, New York. The older siblings told Girmay to take a local train to Milan. He spent the next week at a shelter near Milan's central train station, recuperating and preparing for the last leg of his journey.

In Milan, Habtay sent Girmay 750 euros ($780) through a hawala money-transfer agent. Girmay used the money to buy a pair of jeans, a sweatshirt, a Nokia phone, a SIM card and a train ticket for Munich, Germany.

German immigration officers checked him into a hospital in Munich but Girmay says they let him leave when he insisted on heading north to Sweden. He spent a night in Frankfurt before heading to Malmo, from where he called his mum for the first time in five months.

"My mother did not believe my brothers when they told her I was alive," he said. "She didn't trust that I could cross all of these miles by myself." Reuters was not able to reach Girmay's mother.

Girmay has come a long way since then. He moved to Torekov a year ago. He goes to school in Bastad, a wealthy resort town that hosts the Swedish Tennis Open every summer. He says he has a lot of catching up to do. He takes a few hours of maths, geography and history at the junior high school but spends most of the school day in intensive language classes. The local government looks after his needs and he gets a 700 crown ($76) stipend every month.

At night, he uses his Macbook Air, a loan from the school district, to watch Youtube videos of Swedish and English lessons. He plays soccer video games with his roommates and watches American rap videos. Wiz Khalifa is a favourite.

"I learned so much after I became a refugee," Girmay said. "If you stay in your village ... you won't understand what the world is about, what society is about. But once you leave, you're determined to make it ... You want to extend your horizon as much as you can."

In late December, Girmay received an envelope from the Swedish Migration Agency. Inside was a pink card that granted him the right to live and work in Sweden for the next five years. The wait was finally over.