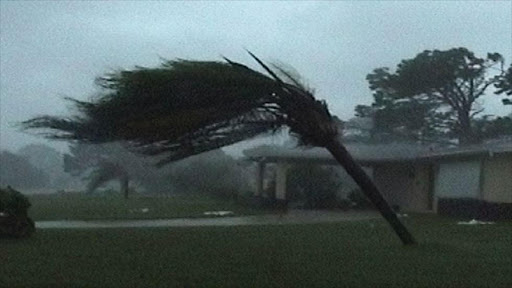 Haiti waited overnight for the results of a re-run presidential election held on Sunday in the impoverished Caribbean country, which has been in political limbo for over a year and is still reeling from a devastating hurricane.

Early reports suggested that Jovenel Moise, backed by Haiti's last president Michel Martelly, had taken a lead in early voting tallies. However, the party of another former president, Jean-Bertrand Aristide, said its nominee, Maryse Narcisse, was headed for victory.

Electoral authorities said they do not expect to have preliminary results until Monday.

The vote was first held in October 2015, but then annulled over complaints of fraud in the first round after Moise, the candidate of Martelly's Bald Heads Party, finished ahead of Jude Celestin, the former boss of a state construction company.

Further disputes ensued and a rescheduled vote due last month was postponed when Hurricane Matthew struck, killing up to 1,000 people and leaving 1.4 million needing aid.

Voters in the poorest country in the western hemisphere hope the next president will boost the economy and repair the damage.

"We need aid, aid for the country," said Clauzette Fortine, a 41-year-old voter in Port-a-Piment, a town in southwestern Haiti pummeled by Matthew last month. "Aid after the hurricane, because everything was lost," she added.

Moise, an entrepreneur who was tipped to prevail by one recent opinion poll, was leading the count according to some radio stations broadcasting from polling stations. Calvin Cadet, a former director of the communications ministry under Martelly, said Moise was on track to win 64 percent of the vote.

However, Aristide's Fanmi Lavalas party said the vote had given a majority to Narcisse, a doctor.

And Celestin, who placed second in last year's vote, is also in the running, as is former senator Moise Jean-Charles. All told, more than two dozen candidates are competing.

Martelly left office in February, and since then Haiti has been in the hands of a caretaker government. To win outright in the first round, the top candidate must secure more than 50 percent of the vote or a lead of at least 25 percentage points.

Failing that, a Jan. 29 second round run-off is likely for the top two finishers. The victor is due to take office in February, and faces a formidable task rebuilding the country after Matthew.

The deadly storm battered homes, farms and schools across southern Haiti, piling fresh misery onto the nation of more than 10 million people on the western half of the island of Hispaniola that is still recovering from a major earthquake in 2010.

There were a number of reports of voting fraud on Sunday, although election observers made a broadly positive assessment, suggesting it had gone more smoothly than last year.

Some Haitians complained they could not cast a ballot because their names did not appear on lists at the polling stations, while others said that when they tried, they were told somebody had already voted for them.

Electoral council president Leopold Berlanger said the vote had been a success overall. Still, he also noted there had been several arrests and an attempt made to burn a polling station in southeastern Haiti. National police said 43 people had been arrested for interference in the election.