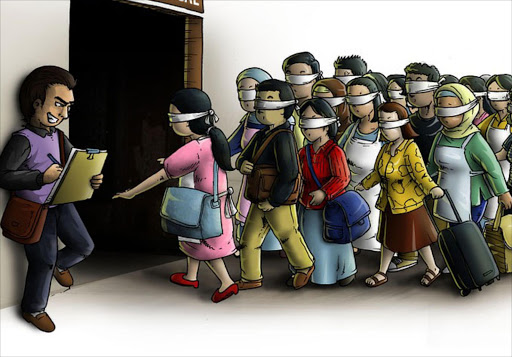 A trafficking boss was sentenced to 22 years in prison. Picture credit: Pixabay

A female trafficking boss was sentenced to 22 years in prison on Thursday for using the threat of witchcraft to exert control over almost 40 women and girls brought from Nigeria to Europe for sex work, a British court prosecutor said.

Isleworth Crown Court in west London heard that Asemota was part of a criminal network that trafficked girls, boys and women to Europe, using the threat of "juju magic" and rituals with curses to exert control over her victims.

Prosecutor David Davies said Asemota targeted girls from poor, rural backgrounds with little knowledge of the world, promising them legitimate jobs in Europe between August 2011 and May 2012.

"Only when they were far away from their homes were they told the truth - that they would have to work as prostitutes," Davies said in a statement.

"The girls were told that if they disobeyed their captors or tried to escape, the curse would cause them injury, infertility or even death."

Prosecutions for human trafficking in England and Wales have increased since the introduction of a new anti-slavery law last year, with about 180 people prosecuted between April and December 2015, which prosecutors said was a new record.

The Modern Slavery Act - which came into force in July - increased maximum jail terms for traffickers to life and brought in measures to protect people believed to be at risk of enslavement.

Studies show there are an estimated 13,000 victims of forced labour, sexual exploitation and domestic servitude in Britain.

Globally an estimated 45.8 million people are born into servitude, trafficked for sex work, or trapped in debt bondage or forced labour, according to the 2016 Global Slavery Index by human rights group Walk Free Foundation.

Forced labour generates an estimated $150 billion in illegal profits every year, according to the United Nation's International Labour Organization (ILO).