What happened on June 16th around the World? 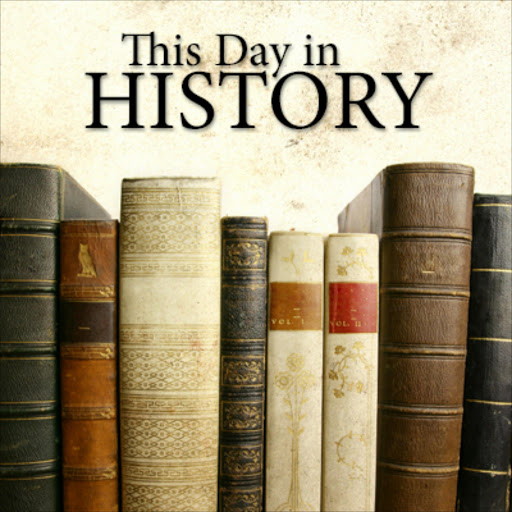 This Day in History

For South Africans it signifies the 1976 Uprising that began in Soweto and spread countrywide that changed the socio-political landscape in South Africa.

Events that triggered the uprising can be traced back to policies of the apartheid government that resulted in the introduction of the Bantu Education.

In Soweto, thousands of school children revolted against the South African government's plan to enforce Afrikaans as the language of instruction in black schools.

We take a look at other events around the world which happened on the June 16th each year.

1567 - Mary, Queen of Scots, was imprisoned in Lochleven Castle in Scotland.

1815 - Napoleon defeated the Prussians at the Battle of Ligny, Netherlands.

1858 - In a speech in Springfield, IL, U.S. Senate candidate Abraham Lincoln said the slavery issue had to be resolved. He declared, "A house divided against itself cannot stand."

1884 - At Coney Island, in Brooklyn, NY, the first roller coaster in America opened.

1883 - The New York Giants baseball team admitted all ladies for free to the ballpark. It was the first Ladies Day.

1897 - The U.S. government signed a treaty of annexation with Hawaii.

1904 - The novel "Ulysses" by James Joyce took place. The main character of the book was Leopold Bloom.

1907 - The Russian czar dissolved the Duma in St. Petersburg.

1925 - France accepted a German proposal for a security pact.

1932 - The ban on Nazi storm troopers was lifted by the von Papen government in Germany.

1941 - U.S. President Franklin D. Roosevelt ordered the closure of all German consulates in the United States. The deadline was set as July 10.

1952 - "Anne Frank: Diary of a Young Girl" was published in the United States.

1955 - The U.S. House of Representatives voted to extend Selective Service until 1959.

1955 - Argentine naval officers launched an attack on President Juan Peron's headquarters. The revolt was suppressed by the army.

1961 - Rudolf Nureyev defected from the Soviet Union while in Paris, traveling with the Leningrad Kirov Ballet.

1963 - 26-year-old Valentina Tereshkova went into orbit aboard the Vostok 6 spacecraft for three days. She was the first female space traveler.

1972 - Ulrike Meinhof was captured by West German police in Hanover. She was co-founder of the Baader-Meinhof terrorist group and the Red Army Faction (Rote Armee Fraktion).

1975 - The Simonstown agreement on naval cooperation between Britain and South Africa ended. The agreement was formally ended by mutual agreement after 169 years.

1976 - In Soweto, thousands of school children revolted against the South African government's plan to enforce Afrikaans as the language for instruction in black schools.

1977 - Leonid Brezhnev was named the first Soviet president of the USSR. He was the first person to hold the post of president and Communist Party General Secretary. He replaced Nikolai Podgorny.

1978 - The film adaptation of "Grease" premiered in New York City.

1983 - Yuri Andropov was elected chairman of the Presidium of the Supreme Soviet. The position was the equivalent of president.

1984 - Wilson Ferreira Aldunate was arrested upon his return from an eleven year exile. Aldunate had been a popular Uruguayan opposition leader.

1992 - U.S. President George H.W. Bush welcomed Russian President Boris Yeltsin to a meeting in Washington, DC. The two agreed in principle to reduce strategic weapon arsenals by about two-thirds by the year 2003.

1996 - Russian voters had their first independent presidential election. Boris Yeltsin was the winner after a run-off.

1999 - The U.S. Circuit Court of Appeals said that a 1992 federal music piracy law does not prohibit a palm-sized device that can download high-quality digital music files from the Internet and play them at home.

2000 - U.S. Secretary of Energy Bill Richardson reported that an employee at the Los Alamos National Laboratory in New Mexico had discovered that two computer hard drives were missing.

2009 - The car manufacturer General Motors agreed to a deal to sell the Swedish brand Saab to Koenigsegg, a small car manufacturer that only sells eighteen cars in a year. The deal came as a part of GM's effort to reorganize and downsize their brands and increase their profitability.

2011 -  Riots erupted on the streets of Vancouver, Canada after the city's hockey team was defeated by the Boston Bruins in the Stanley Cup Final. Rioters looted stores and set cars on fire and were confronted by riot police who held the mob to one part of the city. Several people were arrested and injured during the incident. Vancouver faced a similar situation in 1994 when riots erupted over the Vancouver Canucks' Stanley Cup loss to the New York Rangers.

2012 - China has launched its latest space mission that would include the country's first woman astronaut. Liu Yang, a 33 year old military pilot, was a part of the crew aboard the Shenzou-9 capsule that would spend a week at the Tiangong space lab to test systems and conduct experiments.

2015 - St. Paul-Minneapolis Archbishop John Nienstedt and Auxiliary Bishop Lee Anthony Piche have steps down after prosecutors charged the archdiocese with failing to protect children from sexual abuse by a priest.

SOURCE : On This Day