Release of abducted girls on agenda of Nigeria security meeting 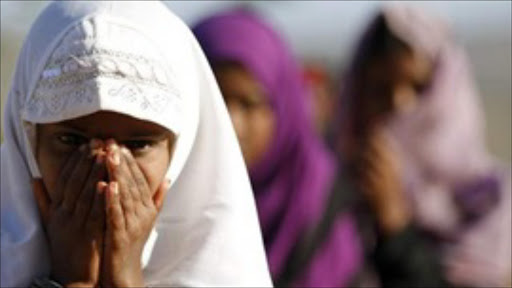 The safe release of scores of school girls abducted by militants last week topped the agenda of a meeting Nigerian President Goodluck Jonathan held Thursday with political and military chiefs, a governor said.

"The meeting clearly agreed that the issue of the moment is Chibok and the abduction of these children of ours and that we must do everything to ensure that these abducted children are retrieved and protected," said Kayode Fayemi, who attended the meeting.

"The military assured us that they are doing everything in order to achieve this objective," Fayemi, governor of southwest Ekiti state, told journalists after the meeting.

The mass abduction early last week of the girls from their school in Chibok, Borno state, was blamed on Boko Haram Islamist militants. It has been described as one of the most shocking attacks in the group's five-year extremist insurgency which has claimed thousands of lives.

Borno's government said 129 students were taken from the Government Girls Secondary School in Chibok when gunmen stormed the town under the cover of darkness on April 14.

The school's principal, Asabe Kwambura, who later said she was working with parents to compile a complete registry of those taken put the figure of girls abducted at 230.

More than 20 state governors as well as military and security chiefs attended Thursday's meeting, which lasted several hours in the Nigerian capital.

The meeting "discussed the overall security of the country whether it is the operation in the northeast, cattle rustling, kidnapping and other criminal activities that warrant security attention", Defence Minister Mohammed Gusau said.

It agreed on the need to mount massive security awareness and invest in the "deployment of advanced security technology and prevention of proliferation of small arms and light weapons", two governors at the meeting said.

No further details on the decisions taken were provided.

Some of the girls who escaped said the Islamists took the hostages to Borno's Sambisa Forest area, where Boko Haram is known to have well-fortified camps.

Parents have trekked through the bushlands of the remote region in a desperate search for their daughters, pooling money to buy fuel for motorcycles and cars.

Some turned back after being warned that the Islamists were nearby and prepared to slaughter anyone who advanced further.

The kidnapping came hours after the deadliest attack ever in Nigeria's capital, a bomb blast at a crowded bus station that killed at least 75 people.