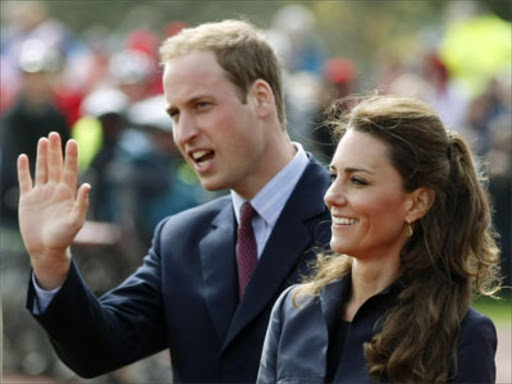 The impending royal visit by Prince William, his wife Kate and their baby son George provided ample fodder for April Fool's Day pranksters in New Zealand and Australia on Tuesday.

Coach firm InterCity said the British royals had decided to use a humble bus for part of their tour of New Zealand next week "in keeping with their frugal, down-to-earth public image".

"Wills and Kate expressed a desire to see New Zealand like the locals do," the company quoted 'royal insider Harold Jest' as saying. "This way they'll be able to observe the lovely scenery from an elevated view and partake in some good old-fashioned banter with our Kiwi friends."

It said plush La-Z-Boy recliner armchairs and a luxury baby seat were being installed in the company's best coach for the young family, who would be entertained as they drove around New Zealand by Kiwi pop star Lorde singing her hit single "Royals".

Online discount site Groupon said it was offering customers a once-in-a-lifetime opportunity to meet the royal couple on their tour of New Zealand and Australia, which kicks off on April 7.

"Insider perks include a professional photo holding the Royal Baby himself," the website said as it announced the fake competition for "loyal subjects".

The royal couple will base themselves in Wellington and tour extensively through New Zealand, before heading to Australia from April 16 until April 25.

Under the headline "Saucy French seek another RWC kickoff", it reported that French rugby authorities were disputing the eligibility of Stephen Donald, who kicked the decisive penalty in the 8-7 win.

It said the move had been prompted by President Francois Hollande in a bid to boost his flagging popularity.

In Australia, Kraft announced the launch of a new energy drink called Vegemite iDRINK 2.1, flavoured to taste like the salty yeast spread.

Internet provider iiNet said it was introducing "pet-fi", a gadget that offers mobile broadband and is strapped to the household pet.

But authorities fumed over a prank in which the computer system of a Sydney school was hacked and more than 1,000 parents received a text message telling them Castle Hill High School had been damaged by fire and students should stay at home for the day.

"April Fools, if they are harmless jokes are fine, but something like that, a huge disruption and a huge amount of anxiety for hundreds of parents is not a joke," New South Wales Education Minister Adrian Piccoli said after police were called in to investigate.

"I just think it is a stupid thing to do."