Bride accused of pushing husband off cliff 8 days after wedding 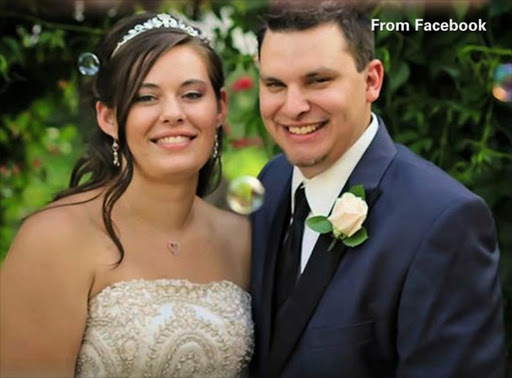 A 22-year-old US woman is facing prison for allegedly pushing her new husband off a cliff just eight days after their wedding.

A 22-year-old US woman is facing prison for allegedly pushing her new husband off a cliff just eight days after their wedding.

Jordan Linn Graham, 22, has pleaded not guilty to the murder of her husband Cody L. Johnson, 25 as well as a charge making false statements to law enforcement, hlntv.com reports.

The alleged crime is said to have taken place on July 7 of this year while the newlyweds were during on a hike in Montana.

According to the Dailymail.co.uk, Graham initially told investigators that she had accidentally pushed her husband off a cliff during an argument.

“Graham stated their argument intensified. At one point in time during their arguing, Graham turned and began to walk away. She stated Johnson grabbed her by the arm,” reads an affidavit obtained by hlntv.com.

“Graham stated she could have just walked away, but due to her anger, she pushed Johnson with both hands in the back and as a result, he fell face first off the cliff,” it continues.

The police however believe that Graham intentionally pushed her husband off a cliff and have gathered information including smses between her and a friend on the day of the incident to prove their claims.

According to the report, Graham reportedly sent a message to her friend, telling her that she intended to speak to her husband about ‘having second thoughts’ about their marriage.

'I'll pray for you guys,' her friend responded.

Graham is then said to have replied: 'Dead serious, if u don’t hear from me at all again tonight, something happened.'

New evidence has also been produced by investigators, claiming that Graham had planned Cody Johnson's death ahead of time by placing a blindfold on him before pushing him off the cliff in July, reports foxnews.com.

Her lawyers have since asked the federal judge to prevent prosecutors from introducing a new theory.